Phone with physical keypad and hotspot

Looking for the simplest possible cell-phone with following features:

Maybe, would be nice to have:

Exists such simple phone which allows create an WiFi-hotspot? My googling, even searching Alibaba and such - failed.

If the phone will "know" more - I don't care, until it will have the all wanted features (mainly the physical keyboard - e.g NOT touchscreen and allows the hotspot).

Because probably i'm not enough clear, adding the example picture of the keypad. Don't want QUERY, sliding anything... just a such simple phone. Also added the example of the simple hotspot device. Looking for a combination of two. :) That's all. Nothing complicated, nor magical. :) 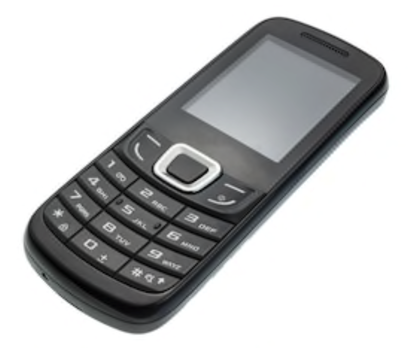 The big issue you're going to run into is the need for a hotspot. While there are still recycled and cheap phones made by one or two manufacturers which possess the other features, it's very rare for any of them to also serve as a hotspot. They are considered entry-level phones and usually use a proprietary operating system so everything "looks like the old days" and a user would need to buy a better phone to add new apps.

I highly recommend you migrate to Android, as address books and such haven't changed much. Also, most of the mid-to-high range phones serve as a hotspot through their provider, though whether or not you can use it without wrecking yourself financially is up to your service provider contract.

This is a list of phones which have the other features you want. For a decent device which also has the keyboard as a physical component, Blackberry is your likely brand. Most manufacturers simply don't use this now, as it's additional hardware (so additional expense), can be physically damaged through use, and the Android store features many, many options for free touchscreen keyboard alternatives to the one installed on a touchscreen phone when you get it.

Any mod capable Moto Z series device can be equipped with a Livermorium sliding keyboard mod, although as of answering this question it is out of stock from the manufacturer but should be available by years end again.

The big issue here is the requirement for a hotspot, which most older phones would not support properly... So stepping up to a newer device is a requirement, adding in all the things you don't need (like GPS for example).

Your other requirement of a simple phonebook could be handled by any number of Android applications available from the Play Store, but that would be trial and error based on what the user likes and is beyond the scope of hardwarerec.

Not the answer you're looking for? Browse other questions tagged wifi networking mobile-phone 4g or ask your own question.