Looking for a quality feature phone, with a good camera for use within North America

For reasons I'll not get into I'm seriously considering dropping my smart phone and purchasing a feature phone for use for at least a few years.

I'm looking for a simple phone but I'm not completely ready to just give up all features that come standard with all current smart devices. Specifically, I have a wife and a couple of kids and their is something to be appreciated about having the ability to pull your phone out of your pocket and take a good (enough) photo for family history.

However, I'm not interested in having a devices that REQUIRES a data plan, has an app store, has a built in GPS, etc. I'd like just a simple phone with the basics (voice & texting) and a rather decent camera, that can be used with most carriers in the US.

Does such a device exist? From my own personal research, you have two options. You can get a sophisticated, capable smartphone with more-than-you-need functionality, or you can get a really, really basic phone that does nothing more than offer voice and text and MAYBE an MP3 player baked in.

I'll also say that cost doesn't matter. I'd rather not spend $600 on a feature phone but if one exists that's a bit rugged (e.g. can realistically work for 3+ years), has an exceptional camera and has a responsive UI... I could probably convince myself into buying said device.

Well, I never got that feature phone years ago but that's partly because I never found the one I was looking for. I am still interested in such a phone, if it even exists.

I changed the title to reflect that it needs to work in "North America" since Canada largely uses the same general technology specifications (as well as I'm aware.) That said, I'm not opposed to importing a good phone from, say, Japan. It's my understanding that the Japanese culture generally has an appreciation for feature phones more than western cultures. If they have phones available that are basically a really good, high quality phone+text+camera setup, I'd gladly import it to the US, assuming it should work with most carriers.

I've been looking for the same thing. The major challenge is finding a good camera on a current feature phone. The best option seems to be camera phones from around 2009-2011, like a refurbished Sony Ericsson Cybershot (the C905 or C903, say) or (since the OS is unsupported, basically turning them into feature phones) a refurbished Nokia 808, N8, or N86.

The C905, C903, N8 and N86 are readily available on Ebay, presumably because many more were produced than ended up being sold as smartphones took over. All these phones only support 3G, so if you're on a 4G-only network you're out of luck with them. For 3G, you'll also generally have to ask the seller if they have the North American version with HSDPA 850/1900 or the international version with HSDPA 2100. Sometimes sellers don't know, don't care, or don't get back to you.

While the picture quality on these phones is great, the video capabilities of these phones are poor by today's standards, at 240p, 320p or 480p. Only the N8 will get you 720p.

I suspect that phones like this aren't available now because a good camera is expensive, whether or not a phone is attached. I don't think there has ever been a high-quality digital camera or camera phone sold for less than a few hundred dollars new. The number of people who are willing to spend a few hundred dollars on a feature phone to get a great camera with it are probably few and far between now.

It might still be early days, but the Reliance JioPhone 2 feature phone from India might soon become a viable option for the smartphone haters among us.

As a matter of fact, Reliance is opening up shop in Estonia, taking out a European e-residency. Provided the appropriate LTE bands are supported, such a European JioPhone 2 might be perfectly usable in the US.

Reliance Jio is expected to become the 10th largest phone brand in the world.

As for the operating system, the closed-source KaiOS, runs the Linux kernel and happens to be a far descendent of Firefox OS. KaiOS brings support for 4G LTE E, GPS and Wi-Fi with HTML5-based apps and longer battery life to non-touch devices with optimised user interface, less memory and energy consumption.

However, be aware that Google invested $22M in this feature phone operating system. By investing in KaiOS, Google ensures that core apps like Search, Maps, YouTube, and Assistant reach feature phone users. Google likely hopes that those users will grow dependent on the services, and that these users will eventually upgrade to Android smartphones. 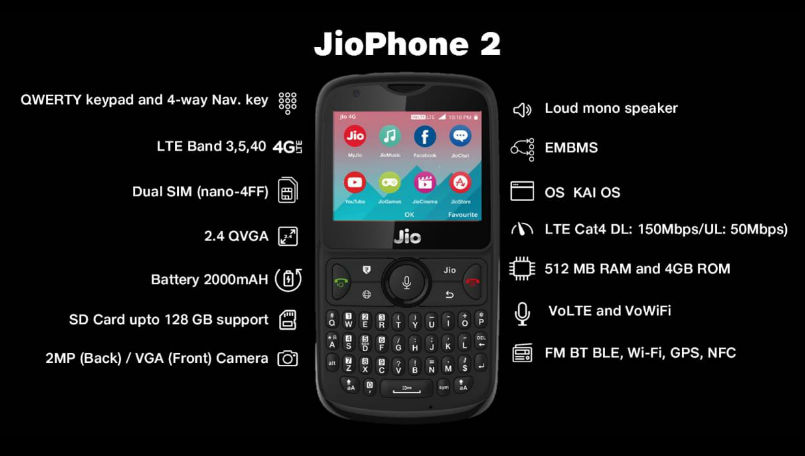 I was looking for the same basic phone + good camera and they dont exist. Even now in 2021 they don't exist - STILL they give you idiot VGA camera and expect you to be grateful. 2MP is highest on some of the current Nokias or similar. Why?

I use this in the UK but it may well work in the US - check the GSM specs online.

The Cosmo Communicator (top) and Gemini PDA (bottom) offer you a choice of Android or Linux, and have quite a bit more for you than JioPhones. A colleague just received the Cosmo and is very happy with its build quality. 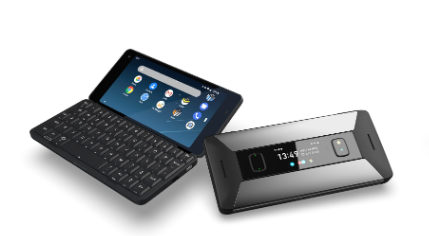 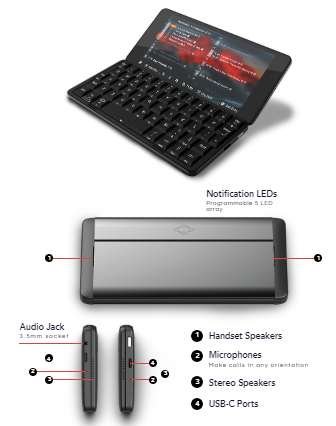 Not the answer you're looking for? Browse other questions tagged mobile-phone camera or ask your own question.