What are my options for bias lighting for a PC monitor?

I've heard many good things about bias lighting, and am looking at options for it. I'm handy with a soldering iron so some assembly required is cool but I suspect other people may prefer something with minimal assembly requirements.

Nice to have features?

The ability to vary overall brightness, though it dosen't have to be dimmable.

I require reasonably even backlighting.

Would be super cool if it worked well with larger monitors.

Removable options would be shiny - I may regret what I chose, or need to dial in its position. Not essential though.

Since I work with dual monitors, options that scale to that would be super cool.

After experimenting with a few experimental options - using a ledburg and a desklamp, I ended up building my own.

From my experiments, direct mounting would have been bad on my dell since the stand would have obscured the 'sweet spot' of lighting if I'd stuck it directly to the screen. 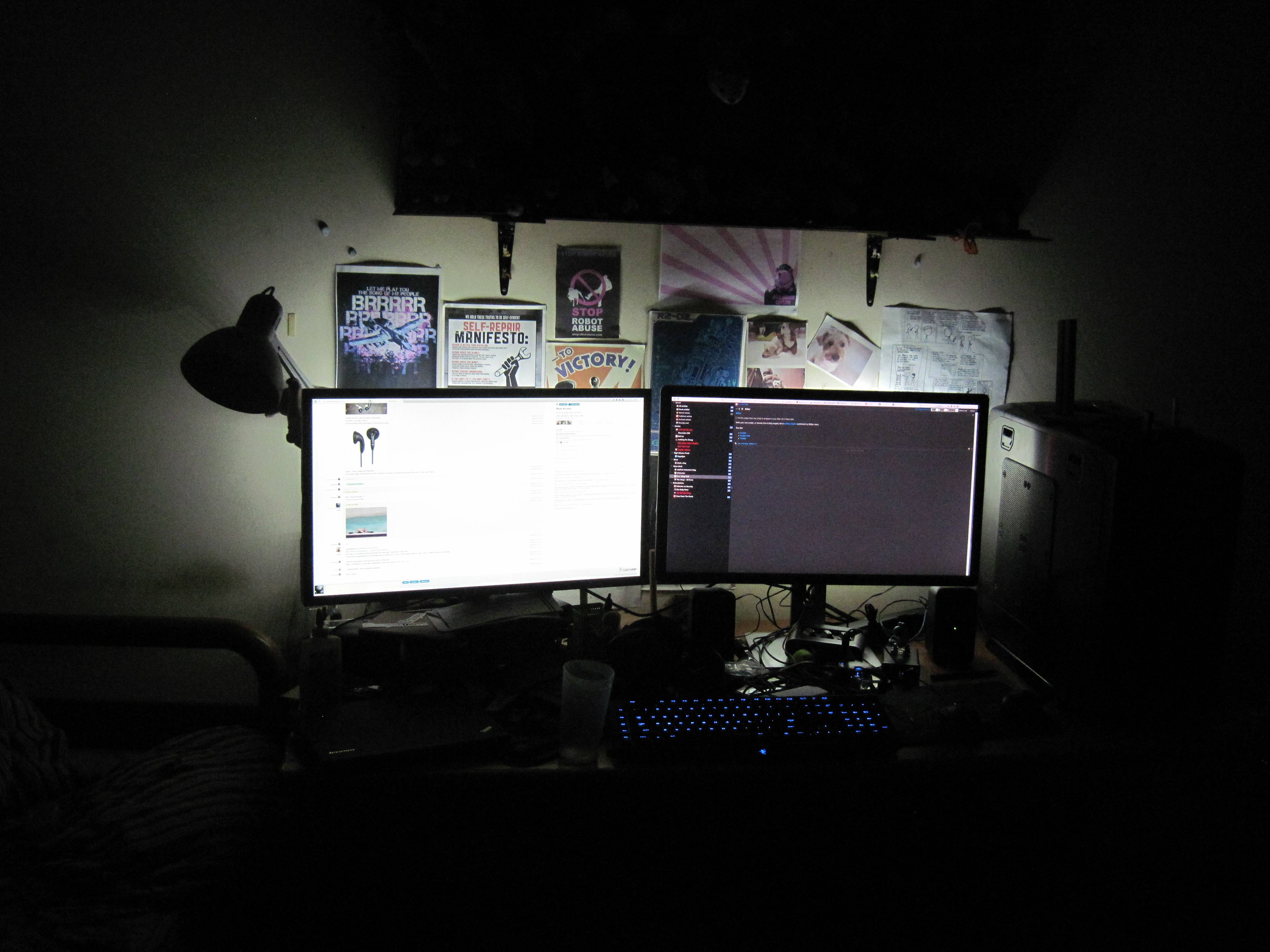 Its a DIY build so it may vary but I ended up getting a strip of 6500K white LEDs from my favourite chinese crapgadget vendor, chopping it up into ~27 LED strips, building a small wooden stand per monitor, and wireing it up to my power supply through a molex/floppy adapter. It turns on and off when my PC does (since it taps power from the PSU), is and is independent of the monitors.

They're ludiciously bright (which I love) though you could probably just use less LEDs. Since they're a strip, the backlight is fairly even outside the edges. 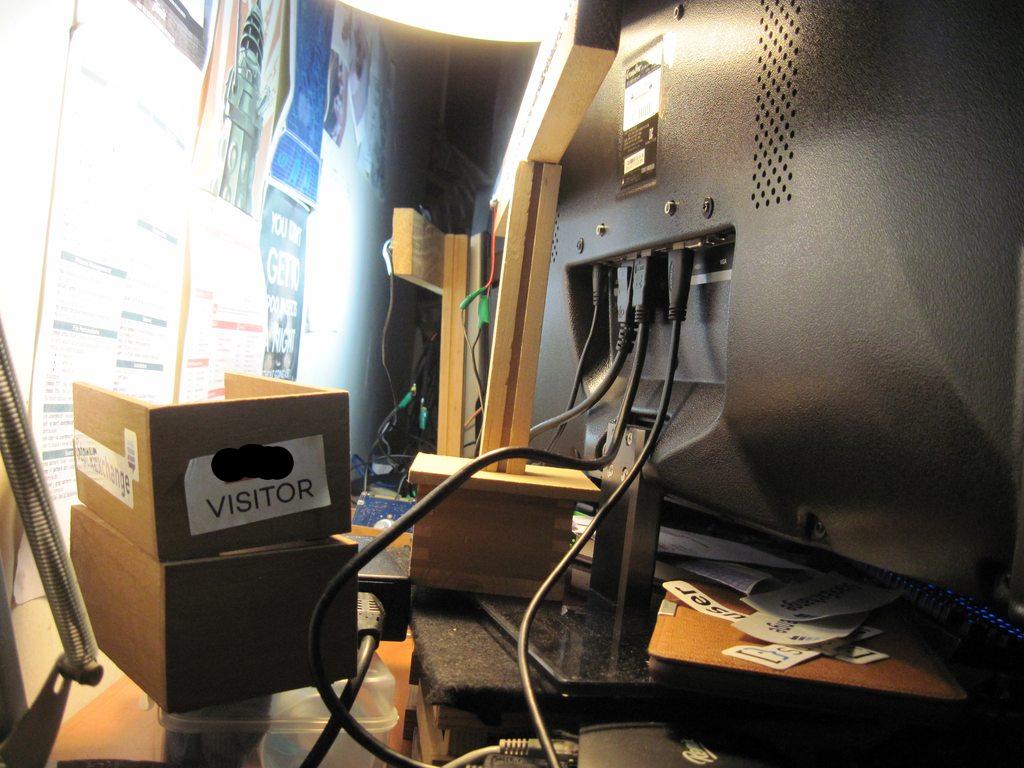 Mounting was an exercise in experimental interpretative carpentry, in my case. You could stick them directly, but I wanted the freedom to replace it in future if the cheap LEDs went bad, or I wanted to compare it side by side with a new option. This also ensures its roughly at the center of the back of each screen.

One of my earlier experiments used a set of LEDBURG lights from ikea. Its somewhat easier to mount, since it comes in rigid, interconnectable strips, but I didn't like the warm white for this application. It was instrumental in setting up what I use now though. 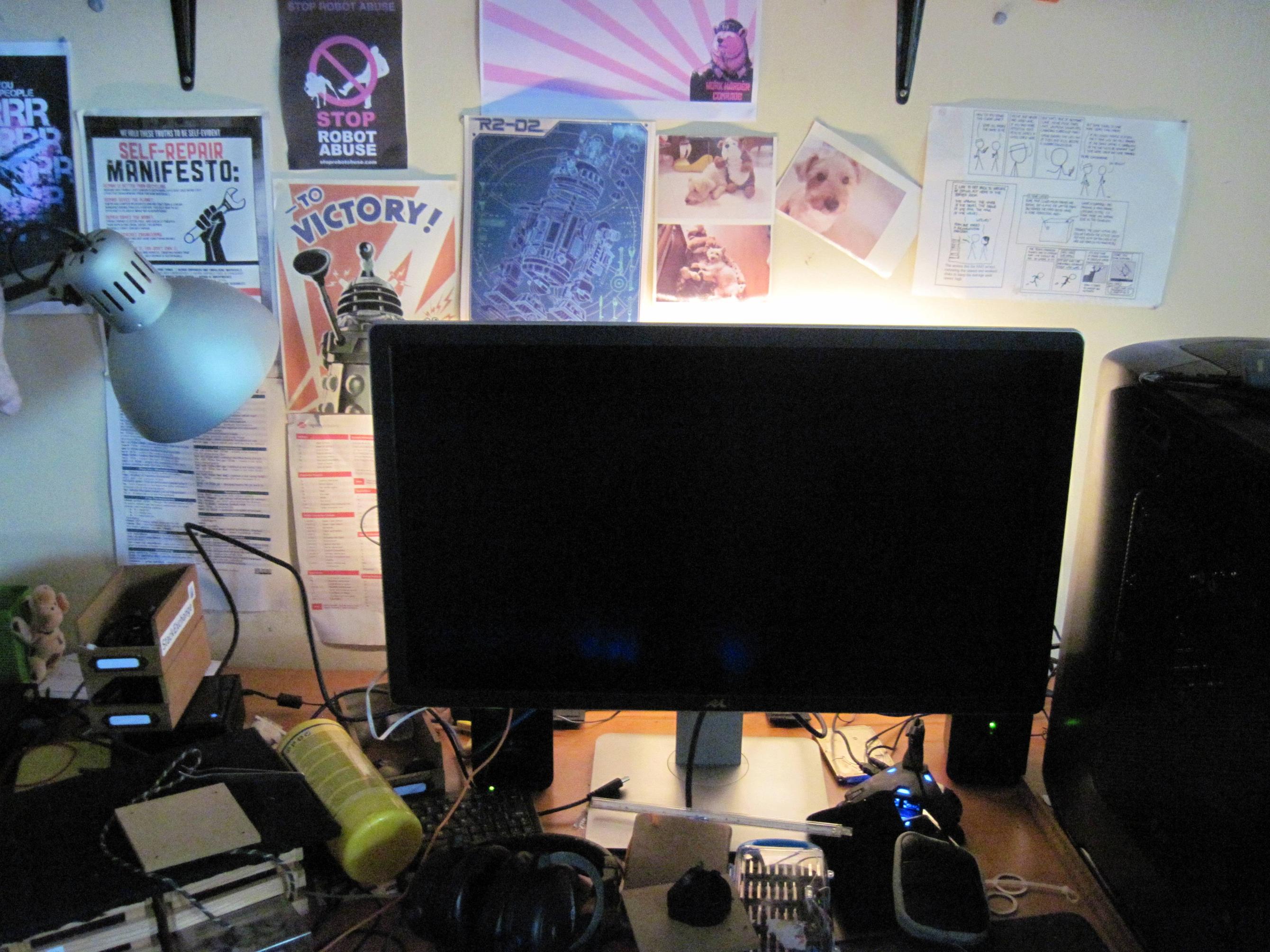 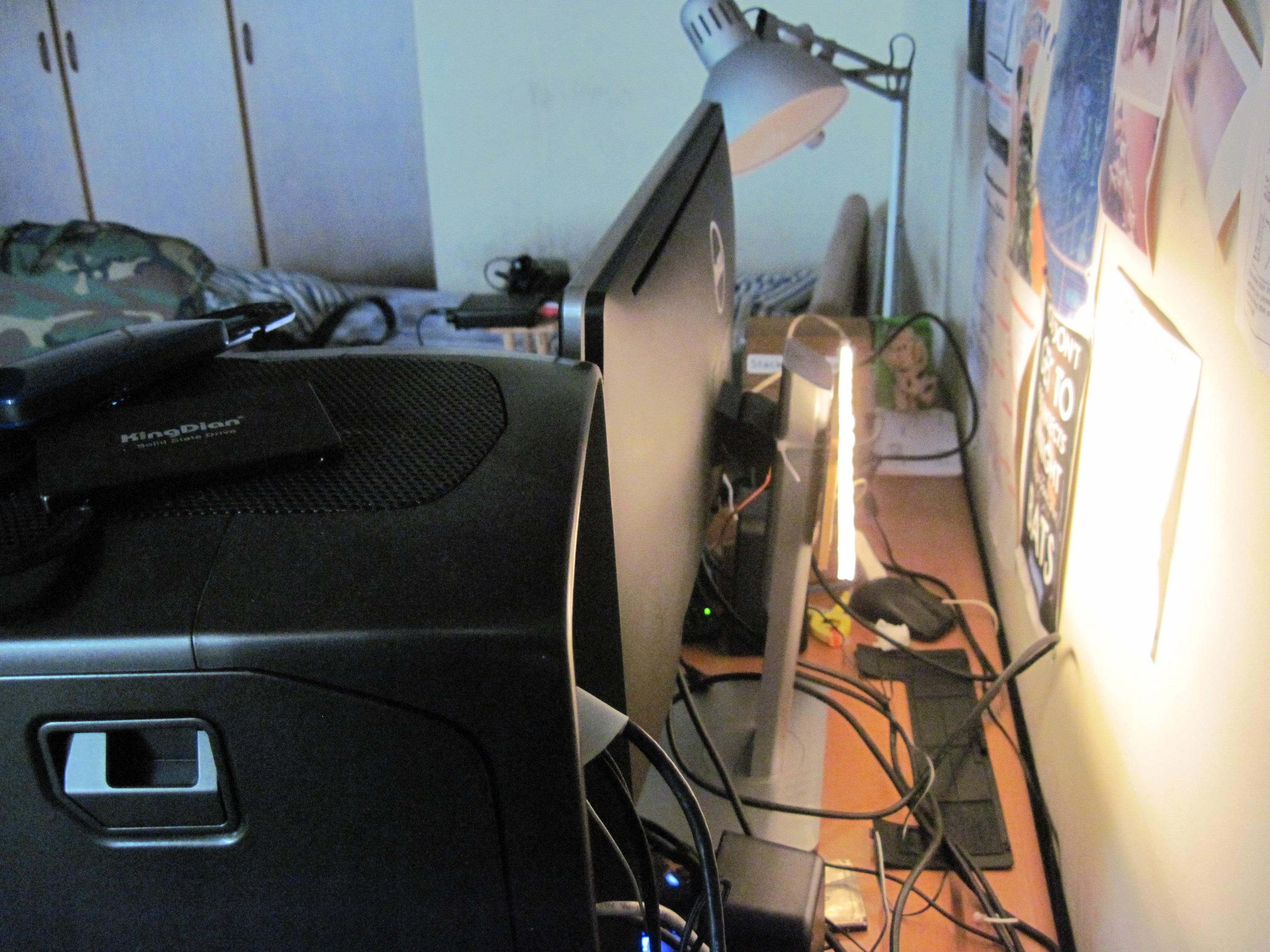 4
Secondary monitor for under £150
1
What are some high brightness monitors?
0
Mounting options for mounting a monitor or display above other monitors
0
What can measure the spectrum frequencies of a monitor?
1
RGB bias lighting with HDMI passthru for ultrawide monitor