I am trying to design an employee tracking system, to track employees from room to room, for saftey purposes.

Somewhat obviously, if requires each tracked person to carry a device which uniquely identifies them.

Which will obviously have to be battery powered, with enough battery life to last a full working shift, let's say 12 hours?

It is becoming apparent that I am looking at Bluetooth Low Energy – unless someone can make a compelling argument for WiFi, ZigBee., etc.

Please, bear in mind that the device and battery must be worn in an industrial environment, so should be robust, and also easy to charge when needed – at worst overnight, ready for the next shift.

The device need only identify itself, as it passes various access points (presumably by pairing with them, or offering to do so?)

Looking at the List of Bluetooth profiles , I am guessing at the Proximity Profile (PXPP) ?

In any case, what I do not want – close as it is - is a cheap sports/fitness band. What I would like is something very like that :

On the plus side it seems easy to program “After you connect to the Bluefruit, you can send commands wirelessly in under 10 minutes”. Also, “Built in over-the-air bootloading capability so we can keep you updated with the hottest new firmware. Use any Android or iOS device to get updates and install them” seems a big plus.

Is there any other cheap (preferably sub $50) wrist wearable which is programmable, preferably with a snap-in coin/cell battery?

[Update] I now have a strong preference for BT 5, rather than v4, but can't seem to find any. The reason being that the BT 5 spec has provisions for proximity, which could save me a lot of effort on triangulation.

I feel that Hexiwear is a pretty good platform, although a little expensive. I feel it ticks most of your boxes:

You might initially be thrown back by the small battery (190 mAh) but:

Regarding deep sleep - in such an application it is pretty much required, not an option to be explored.

As a bonus you have a pulse oximeter and heart-rate monitor which could detect some health conditions in your employees (like fainting, there is even a tutorial on that).

I am answering my own question, in case it is of any interest to others.

For development, I have found an excellent and extremely cheap solution. In fact, it could probably be used in non-profits. Only for a commercial product would I need to have something custom manufactured, as I can't find a COTS solution (needs to be smaller, more rugged, with a better battery).

It's slightly chunky, and I don't like only having a 700 mAH battery (but the ESP32 has great power management), but it's more than good enough for development. 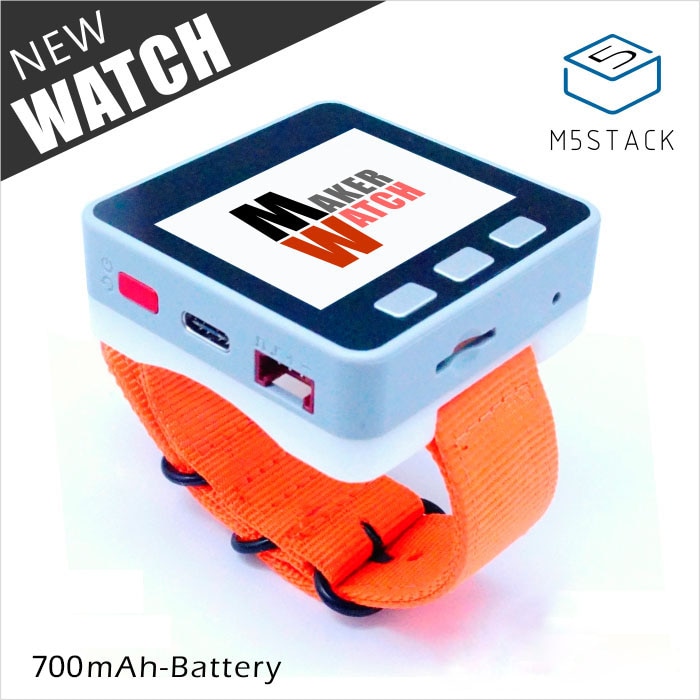 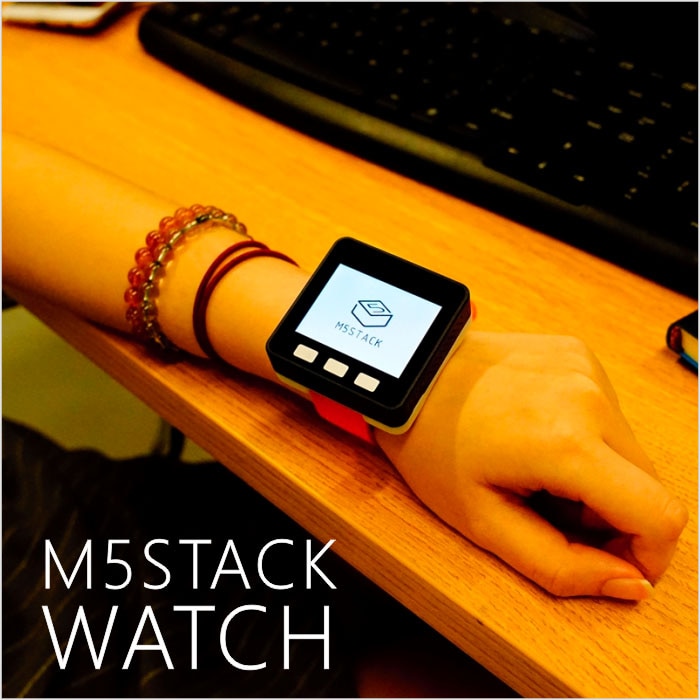 Hmmm, the Google cached version of the page shows it as costing less ($10.70), with a batter (850 mAH) battery. Strange days indeed!

Also,this one looks smaller, with a better form factor. I will have to enquire where to but it & update this answer. 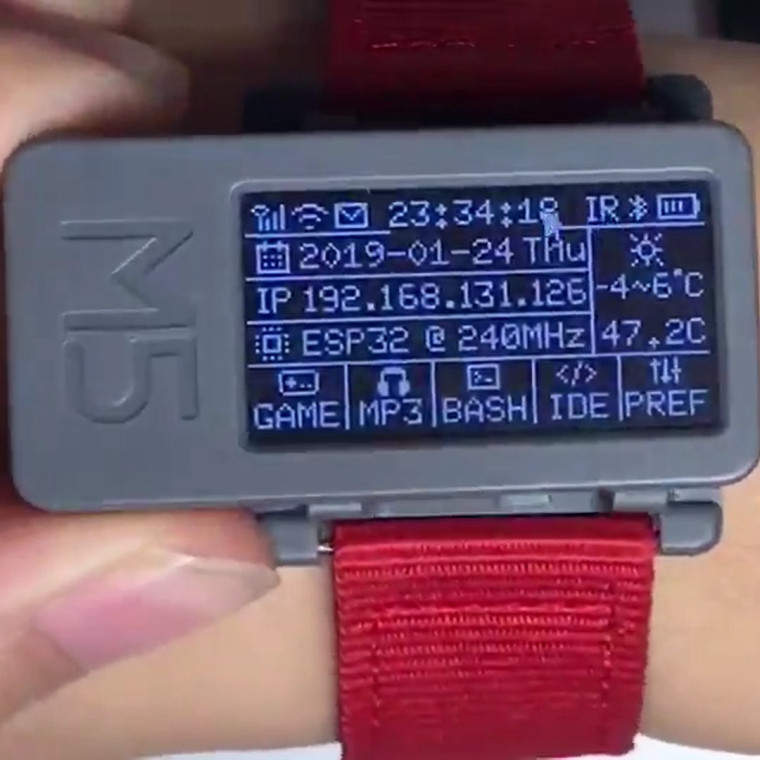 The main differences between the stick and stick c are that the stick c has a smaller screen but it is color opposed to the monochrome oled of the original, the power management chip is different, there are a bunch more sensors added etc.. for a detailed comparison you can check the docs pages for both the stick and the stick c

I am still experimenting, but will try to keep this thread up to date.

The M5stack works well enough, and has the advantage of a display - and a microphone (not sure if it acts as a speaker) and does not have built-in vibrate to get attention functionality, although that could be added.

I still need to need to run test on battery life link to project exploring the deep sleep possibilities of the M5stack watch).

Right now, I just discovered the RSL10-COIN-GEVB, which uses a standard wtach/coin cell battery, and am very excited as this page says

The board incorporates a temperature sensor, NCT375, and RSL10, industry's lowest power Bluetooth 5 SoC. With the included CR2032 coin cell and an advertising packet being sent every 2 seconds, the device lasts over 6 years!

The beacon follows Eddystone, an open beacon format from Google. A web URL and ambient temperature data embedded in the advertising packet can be read using Beacon Scanner or other freely available beacon scanning apps from the Android and iOS app stores.

That seems ideal. I am now questioning whether I really need a display. I suppose I could ad done, but what might it do to the battery life? Maybe only power it on for 60 seconds when there is a message? Or use eInk?

I will update this when I have experimented some more. Btw, there is a battery-fee , always on, solar powered version It costs 4 times as much, but sounds well worth it for certain applications

Not the answer you're looking for? Browse other questions tagged bluetooth battery-life tracking-devices passive-tracker programmable or ask your own question.