Projects like Dosbox, Virtualbox and PCem allows me to emulate PC's of the 1990's, but for Windows 95-XP era games, the compatibility and performance is underwhelming.

I've tried on several occasions to install Windows 98 2. edition on modern hardware and usually it either fails - or, if it succeeds, becomes a very poor experience, because Windows will only run in 16 color mode, 640x480, no sound, no networking, no nothing. Basically, I need drivers and current hardware understandably comes without Windows 98 drivers.

So the question is: Are you aware of any current hardware available that is backwards compatible with Windows 98?

This means it would either come with Windows 98 drivers, which is probably unlikely... or be compatible with some the drivers built into Windows 98, which may be likely?

Much of the problem you could probably solve with a virtual machine, but graphics will remain an issue.

On a VMware esxi server you can dedicate any device to a specific VM. However, that means you need drivers for it. In which case you would have to get an older video cards that support 98,9x,or etc.

Windows 9x only support 4gb of RAM so if you have 8gb it should be enough.

SSD will take care of any hard drive lagging.

IF your looking to build a hardware based system you will have to go to ebay and second hand stores to get components. 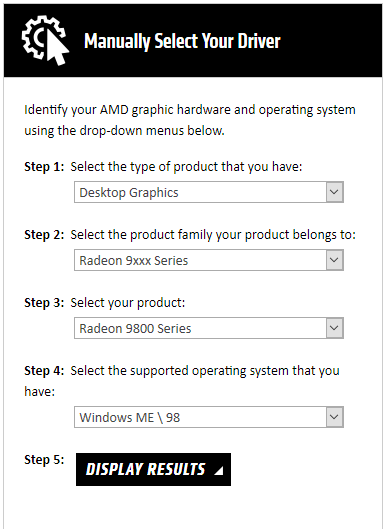 Not the answer you're looking for? Browse other questions tagged windows or ask your own question.