I'm looking for a smartphone for an elderly person who is familiar with PCs (and is a long-time Linux user), but has not used a mobile phone before. They tried a basic phone¹ and found the screen too small and the interface too unwieldy.

The anticipated use of the phone is primarily as a telephone, perhaps to send and receive SMS, to listen to the radio, and some web browsing. Photography and games are not relevant. Other uses may be discovered when they have the device.

Budget is not a primary concern, but a low-end phone is preferred so that it says “not worth stealing”, not “mug me”. The phone will be bought and used in France.

¹ I.e. a phone that's only a phone, usually with a keyboards with digits and a few function keys, without the ability to install applications. You can see some basic phones in https://www.techadvisor.co.uk/feature/mobile-phone/best-basic-phones-of-2018-3641218/ . Most flip phones are basic phones.

I've not run this specific model before but I've had good experiences with Xiaomi - and they have an android one model this year. Even if you don't go with a xiaomi - android one phones are likely to be what you're looking for. They're essentially "Google" phones like the nexus and pixel series, but designed to be cheaper and stripped down, with a mostly stock google experience and a fairly typical 3 year upgrade cycle.

The cons here? The 1a's an iphone clone design wise, with a stock android experience. It probably looks more expensive than it is. Its got an aluminum body, a fingerprint scanner and more or less most of the features you'd find in a older flagship phone. It even does USB C. No removable battery but that's a pretty uncommon feature

The pros? Xiomi's hardware is pretty good - I've got a xiomi 1s that's still running years on, and since its android one, you get a mostly stock android experience optimised for an older phone. And 5.5 inches is pretty much the 'sweet spot' for a modern phone, and its big enough for most things.

I suspect its a little too small but at least in theory the unihertz jelly pro probably checks off most of your boxes. I have the non pro version, and have had to use it as a primary phone for short periods of time 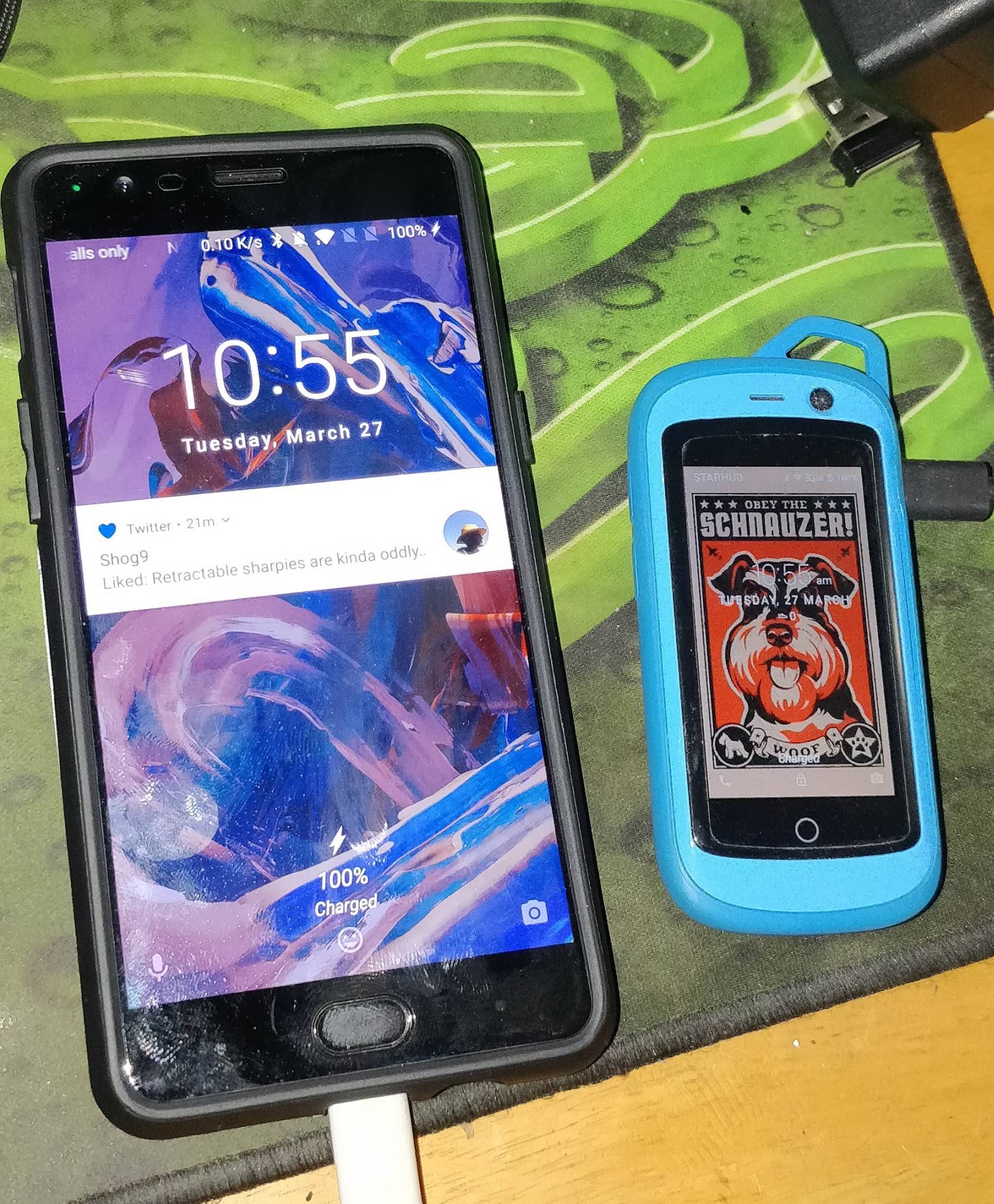 budget armoured up oneplus 3 for scale.

That's the jelly compared to a fairly standard 5.5 inch phone/

Its a bit on the fat size but very light - I have it as a backup phone and fits in a jeans coin pocket with the optional rubber case.

Its all plastic, right down to the screen - this actually makes it more drop resistant than many fancy modern phones.

Runs a fairly stock android, with 7.0 out of the box

2.4 inch screen - its a bit on the small side but works alright even with fairly big hands.

No stylus but any capasitive stylus should work, and you get one for a few dollars.

I'm not sure how long unihertz intends to support the jelly for but there's a planned 8.1 update, and it ships with 7.0

Camera is terrible but I run it as a secondary phone.

My dad uses his and... is slightly ambivalent towards it so it might be a little too small.

Not the answer you're looking for? Browse other questions tagged android smartphones or ask your own question.

9
Android phone with removeable battery, SD Card, USB Host/OTG for ~100 - $150
5
First time smartphone buyer: Looking for a good phone for occasional use and testing Android Apps
9
Android phone under $180 with great specs
3
Android device (phone/tablet) that has a display that can be easily viewed in direct sunlight
0
Budget android phone to upgrade to from an iPhone 5S