How to connect external SSD to Mac so it doesn't lose speed?

I'm out of space on my Mac so I've been planning to buy an SSD and install some programs there. I know that USB 2.0 has a low bandwidth so there is no point to use SSD through USB 2.0. The question is how do I connect an external SSD drive to my MacBook Pro 2014 that doesn't have Thunderbolt 3 jacks, hence I can't connect USB 3 cord to it. There are some adapters from USB 3 to Thunderbolt 2 that apparently cost about $100-150 so I would avoid buying them if possible.

Let's start by taking a tour of your MacBook's I/O: 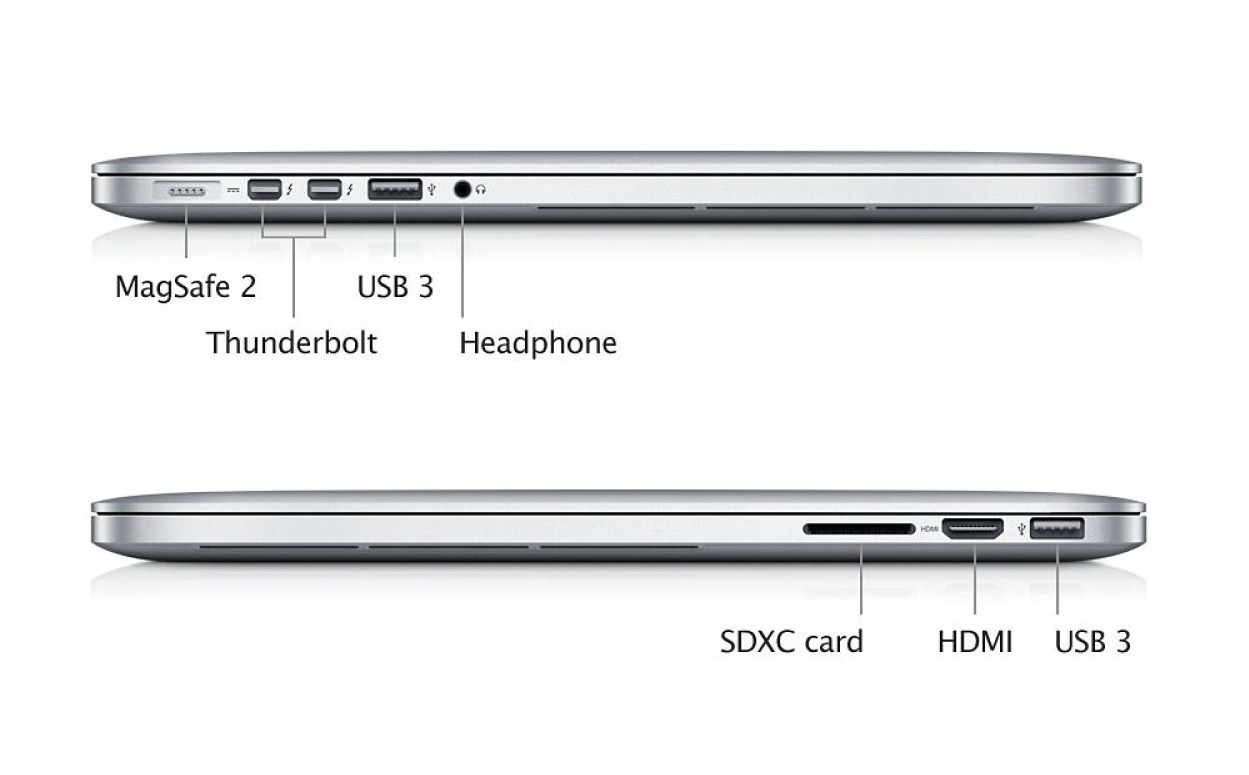 Contrary to your original question, you do have USB 3.0! We won't go into it much, but the newer port you're referring to is USB 3.1 Type C.

Unfortunately, through a combination of packet problems, controller issues (either on the computer or enclosure end), and general magic, USB 3.0 just... isn't that fast. I'm not particularly well equipped to say why, and I wouldn't be surprised if more in-depth analysis revealed flawed testing methodology, but that's the fact of the matter... for now. Still, 3.360 Gb/s isn't anything to scoff at, nor is it too far from advertised.

Thunderbolt is kinda the big daddy of external expansion. It advertises 20 Gb/s over a 4x PCI-e 2.0 connection. And for the most part, it delivers... 11 Gb/s. Akito specifically cites the chipset (rather than the protocol) as the limiting factor. Still, that's enough to handle the fastest SATA SSDs, and even decent PCI-e drives.

The SD spec promises speed up to 2500 Mb/s for UHS-II. You won't get that on a MacBook Pro, since the reader is connected over a USB bus–in your case, USB 3.

With this in mind, we get the following:

Note that USB and Thunderbolt are fundamentally incompatible specifications; you cannot convert Thunderbolt to USB.

Given that you're using this for secondary storage on a computer with an already very fast SSD and (based on the fact that you said $100-150 was too expensive) price is important, SD cards seem like the way to go. You can even get ones that lie flush with the rest of your laptop, or microSD adapters that allow you to bring your own SD card. 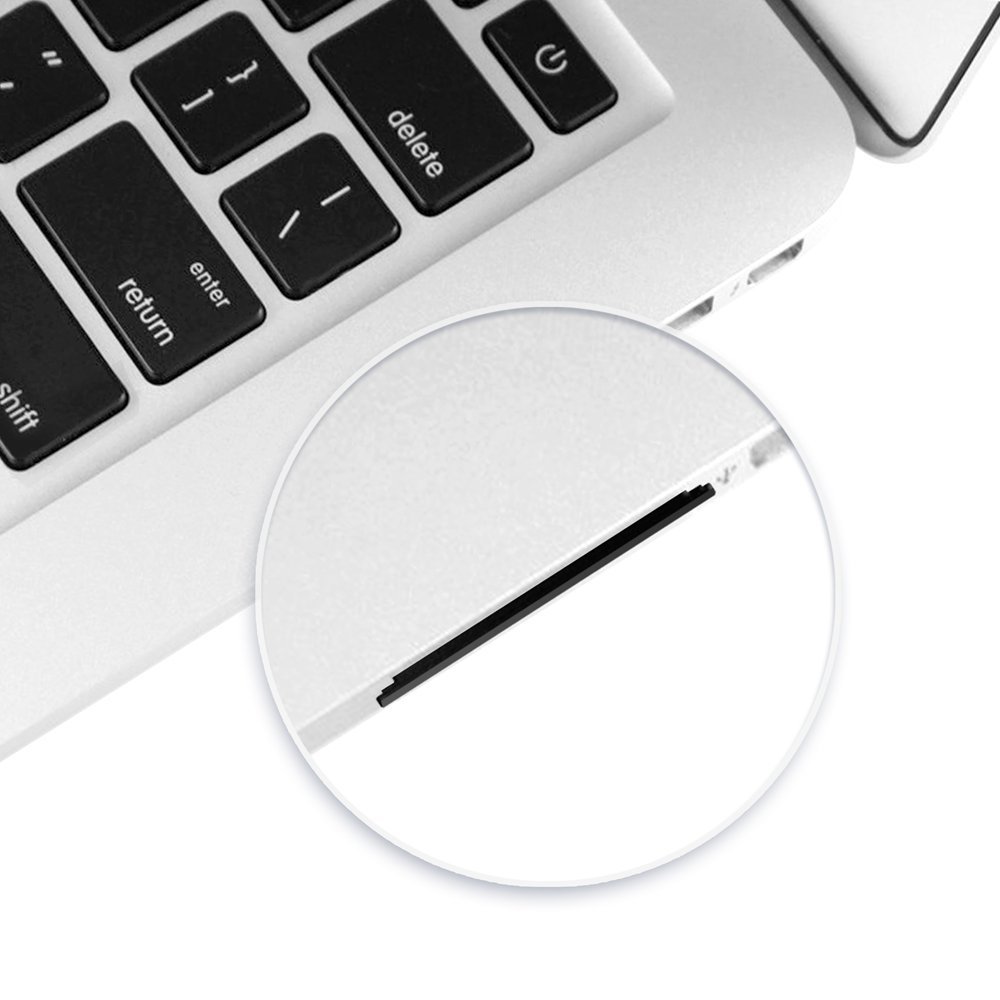 Since you haven't provided a specific price or storage requirement, I can't get more specific than that.

If you have no regard for money or physical space considerations, the Sony 128GB SF-G Series UHS-II is among the best I know of, and comes with a 5 year warranty and data recovery to boot, though I would advise against this. I would recommend something along the lines of the SanDisk 128GB Extreme UHS-I and one of those microSD flush-fitting adapters from earlier.

The exception to this is if you want a large amount of storage (256GB+ mostly.) SD cards at this price point are still much more expensive than their desktop counterparts while offering worse performance, though this breaking point will likely change in the future as SSD prices continue to drop.

I would recommend buying an express card with the esata port. This will allow for much higher data transfer speed over your FireWire or usb options. Newer esata runs at speeds of around 6gb/s so you will probably get the speeds you need with that. You can find express cards with the esata option for around $20-$30. If your looking for speeds in excess of 6gb you will need to upgrade to use usb 3.1.

Not the answer you're looking for? Browse other questions tagged usb pc ssd flash-drive or ask your own question.