I need to find out whether a Sony VPCSA3M9E laptop with a AMD Radeon HD 6630M graphics card supports WQHD 2560x1440 resolution via HDMI or not, to be able to make a display purchasing decision. I have no way of connecting the laptop to a screen with more than 1080p resolution.

A related manual does not provide this information. 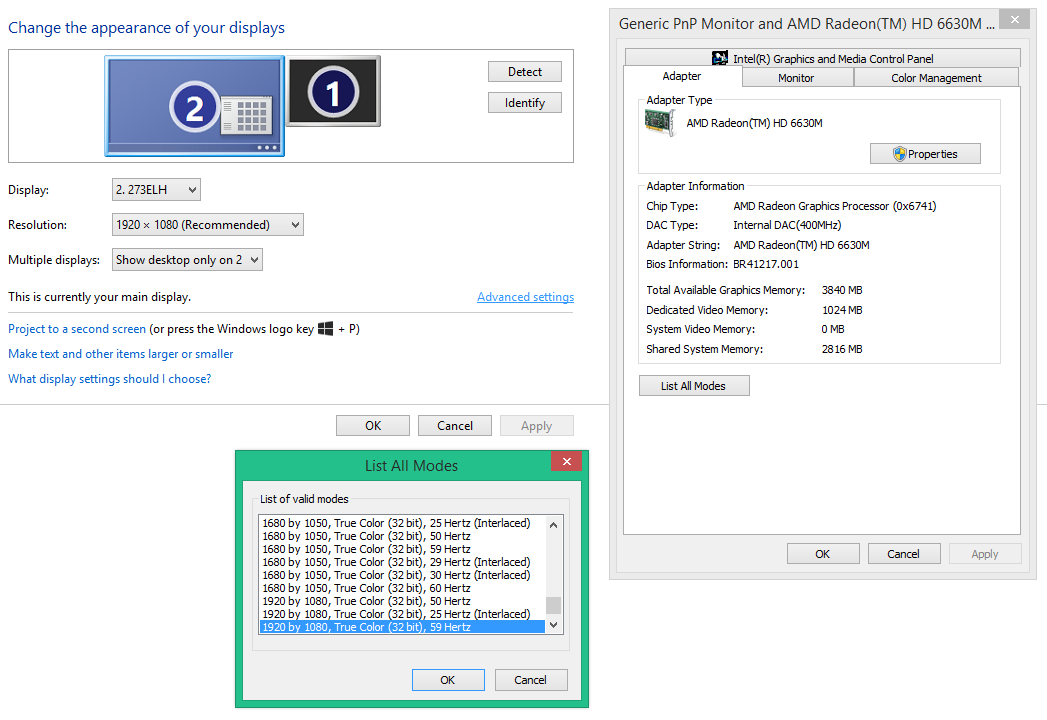 Connecting a 1920x1080 HDMI screen, I see that the maximum possible resolution is 1920x1080. However this appears to be influenced by the display. On a desktop computer whith a Nvidia GTX 750Ti, which I know supports 2048x1536 via VGA and 4096x2160 via HDMI, I can only see 1920x1080 as the maximum resolution, which is the maximum and native resolution of the connected screen.

Thunderbolt port with support for up to 2560-by-1600 resolution

Knowing that Apple is trying to push their preferred standard (Thunderbolt), this doesn't necessarily mean that the graphics card is not capable of WQHD via HDMI in a Sony laptop.

From Wikipedia I learn that HDMI 1.3 supports WQHD since 2006 and that the Radeon HD 6630M graphics card was introduced in 2011.

The application GPU-Z does not seem to provide this information either.

Is there a way to find out what resolution is supported by the VPCSA3M9E's HD 6630M via HDMI?

Well, for this model I was able to find the URL of the long gone specs page via Wikipedia and the Wayback Machine did have a copy:

Not the answer you're looking for? Browse other questions tagged graphics-cards monitors hdmi or ask your own question.