On my motherboard I have a PCIe v1.0 x16 slot. According to Wikipedia, it's able to transfer at ~4 GB/s.

I'm thinking of getting a PCIe SSD (for example, this one), which is limited to ~3.8 GB/s.

If so, could someone recommend one?

This was originally posted over at SuperUser here. Evidently it's off topic there :(, but as this site is still in beta, you can't migrate questions here IIRC. There was a pretty extended discussion in the comments, so I'll include a screenshot of the post below. 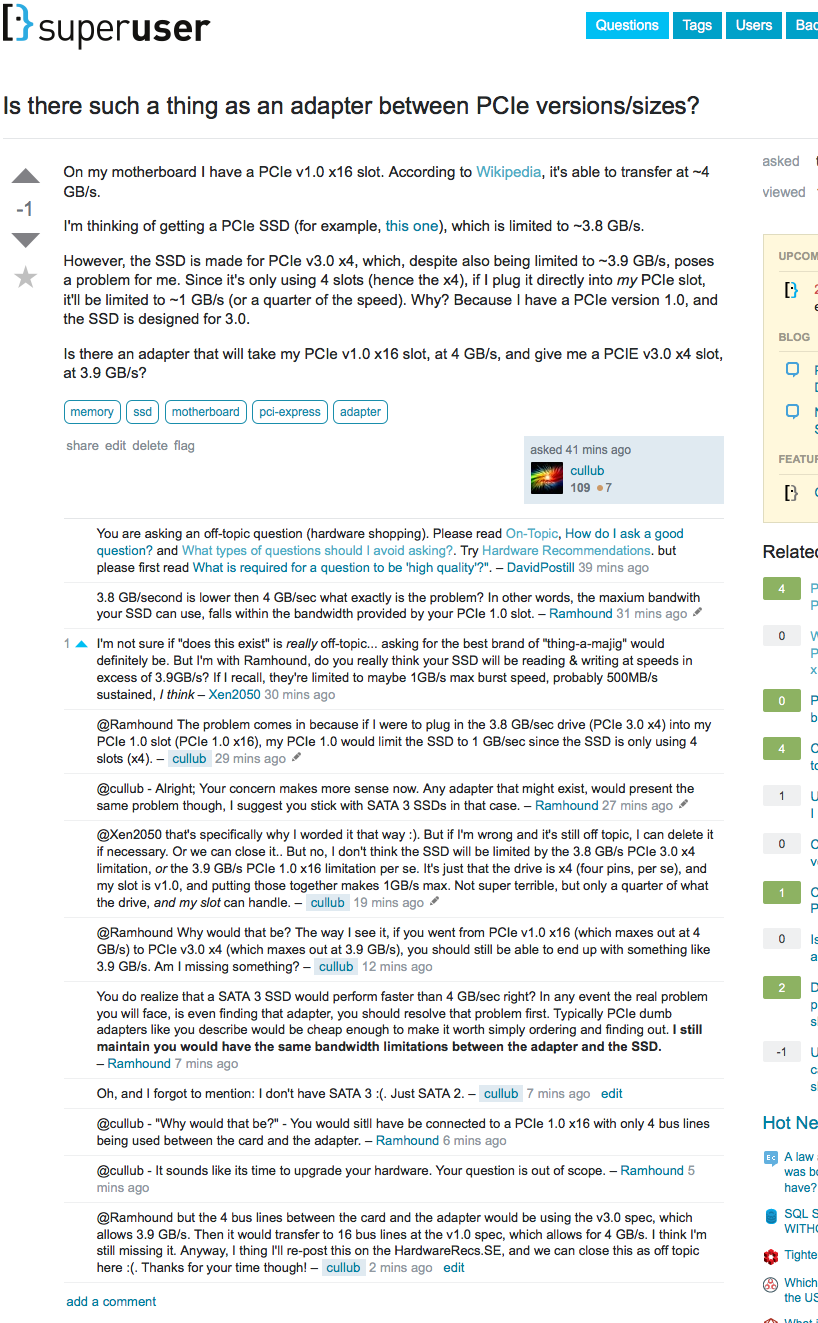 There are no adapters. The reason being that the PCIe version is dictated by the chipset of the motherboard itself. The ONLY way to go from PCIe 1.0 to 3.0 is to buy a board with PCIe 3.0.

Not the answer you're looking for? Browse other questions tagged motherboard ssd pcie or ask your own question.