I'm looking for an alternative 28" TFT to the Dell P2815Q due to the rise of its price: 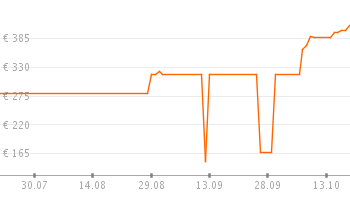 It should be a TFT around 28" with a resolution of 3840 x 2160 (Ultra HD). I don't see any other requierements except a price below $350, I'm currently using a iiyama and the quality should be equal. If anybody knows the reason for the price fluctuation, I would be interested (OT).

I was assuming you're pretty much going to have to get a TV at that price, and you might be running at a lower refresh rate.

I instead picked up a Crossover 289K, sight unseen. Its an interesting series of compromises that seem to add up to something I'd recommend). I've been running it for over a year now, and its been fine so far. 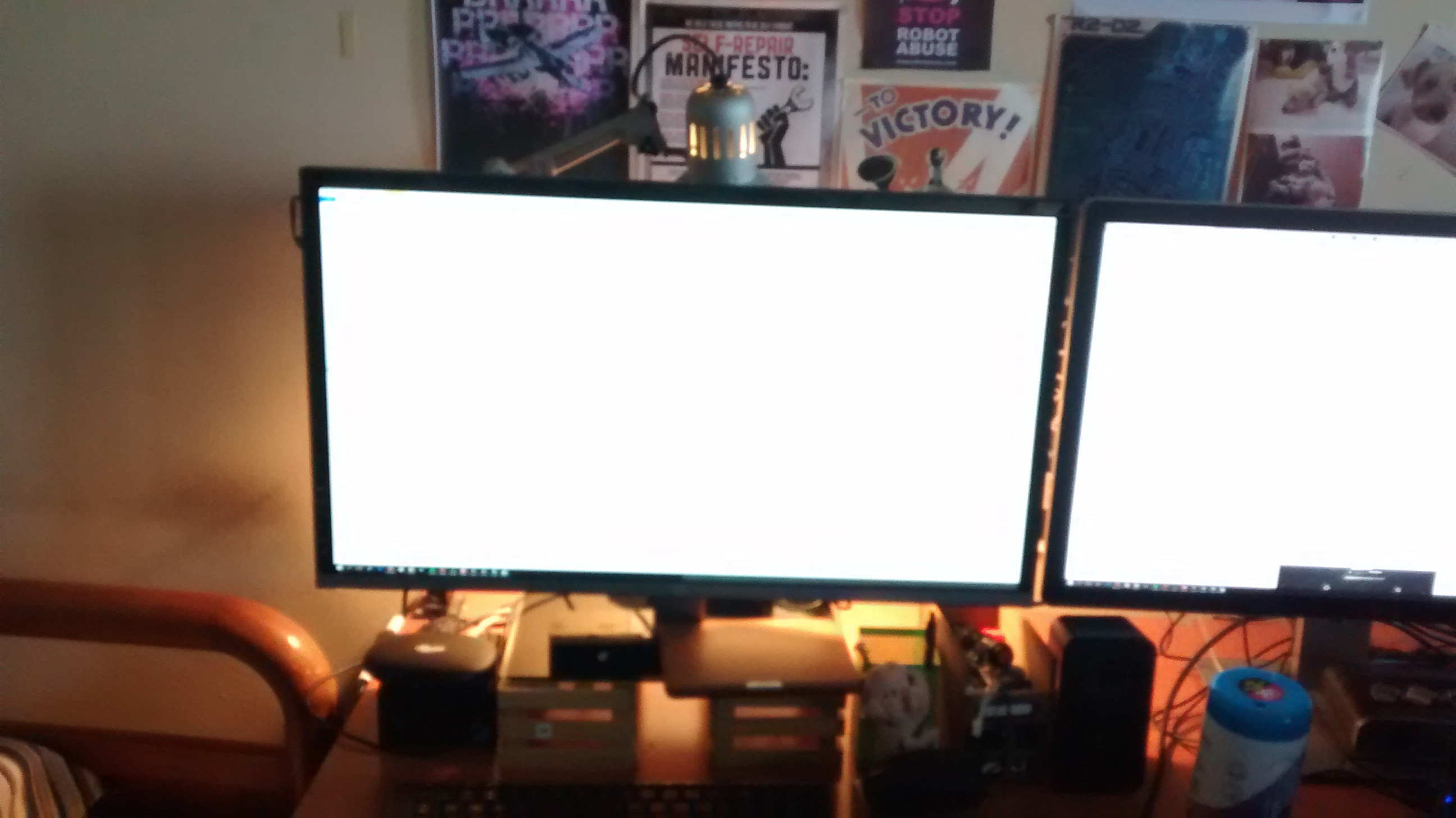 (To the left, the crossover, to the right, my dell. Sorry for the potato quality photos)

Its a bit short, so its on a crate. If it worked for kylie...

While you can never trust the pictures sellers use, the 'official' beauty shot shows off the industrial design pretty well 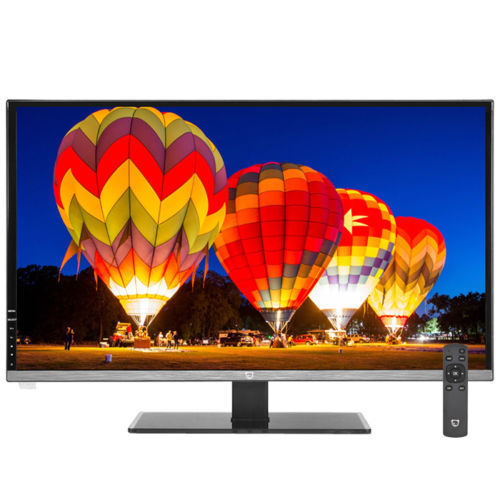 Has Displayport, most modern conveniences including an OSD (which many of these don't have) and a adjustable stand. This particular model doesn't seem to have a perfect pixel guarantee which may or may not be an issue for you. Mine was perfect.

Looks like all the HDMI ports do 4k60, which wasn't documented anywehre.

Box contents for me were a manual, a french style power connector, an entirely standard 12V PSU (so, if yours dies, you can replace it with a suitable standard unit). The PSU was nestled into the packaging so some digging was needed. You also get a fairly solid DP cable (which despite some reports about such monitors does 2160p60 quite happily). That strange triangle is a screwdriver used to screw the base in.

The base itself is a slab of what feels like tempered glass with 3 holes in it, which screw into a bit of extruded aluminium screwed into the back of the monitor. I found it easier to unscrew the 4 screws connecting the monitor to the aluminium, screwing in the base and screwing it on. You might also choose to ditch that for the entirely standard VESA mount.

The monitor has a pretty impressive set of inputs/outputs. One DP, 3 x HDMI 2.0 (one of which does MHL) , one VGA (1080p only) and a USB port for use with a basic onboard media player. It also supports HCDP 2.0 though there's no way for me to check. 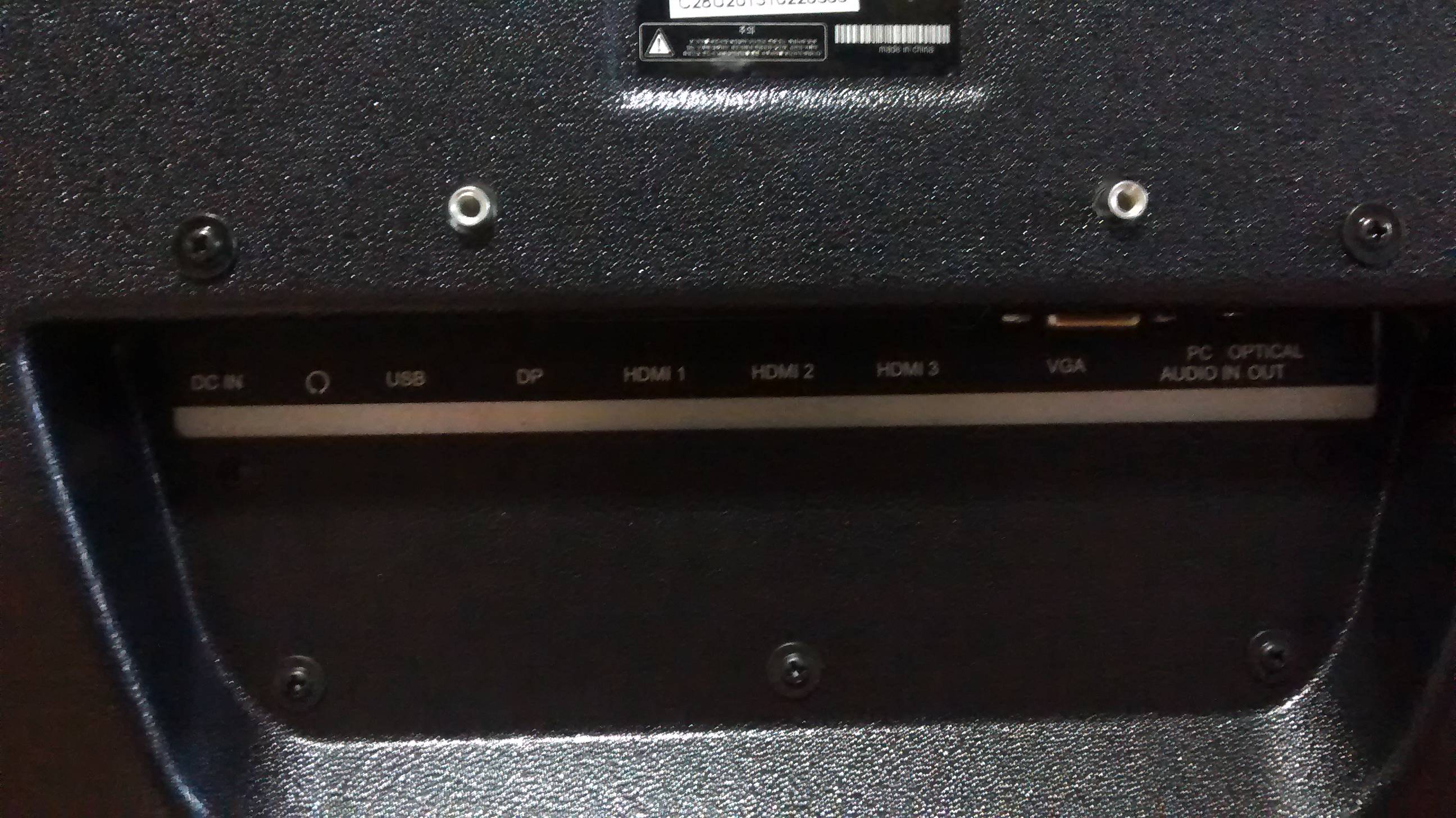 This model has a remote control as an option. Get it.

Considering the lovely, large, very well labelled buttons are behind the screen, it is probably handy. 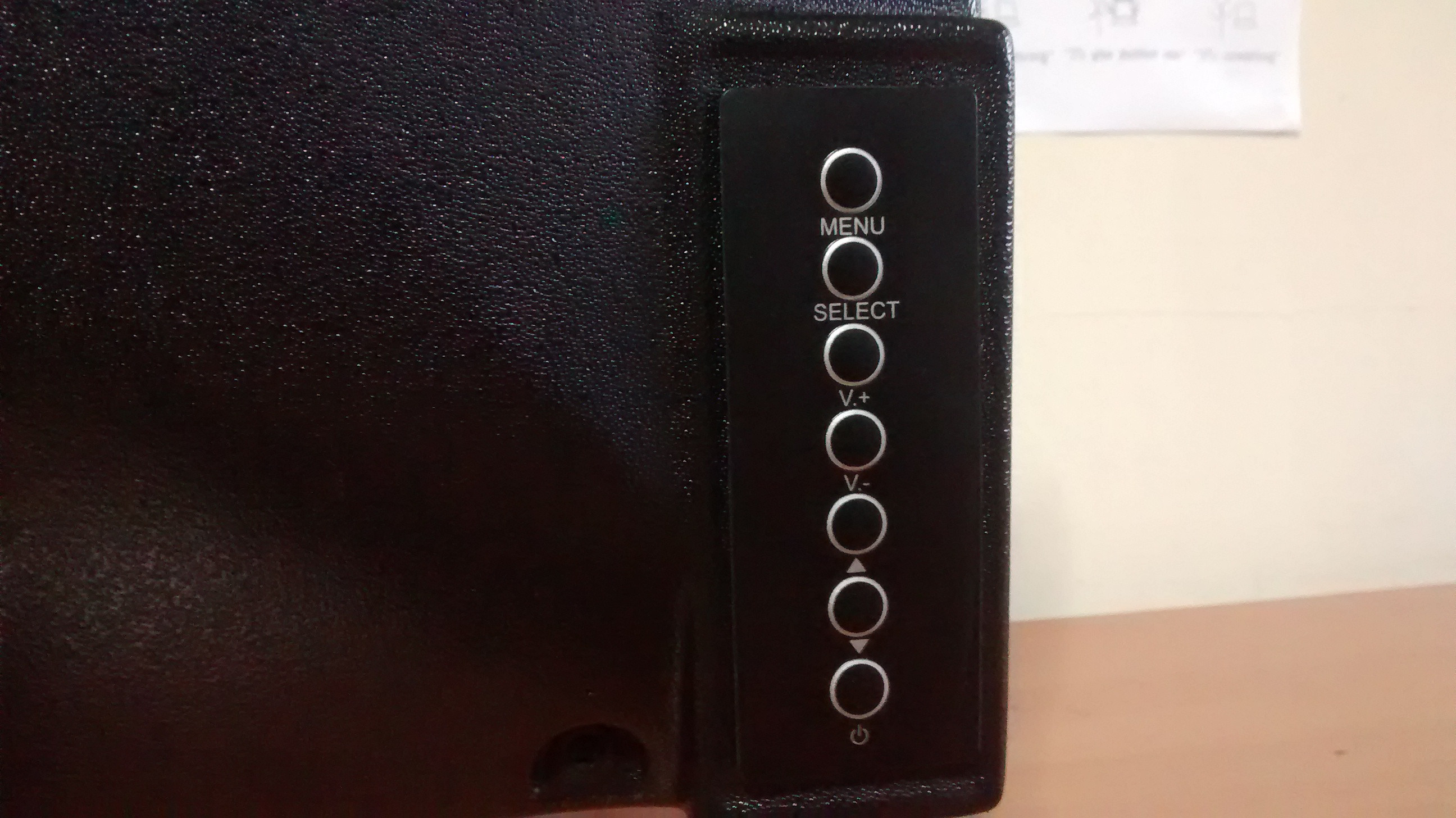 They are lovely, large buttons and labelled through the front.

Its beautifully sharp, though its TN and not as good, colourwise as my IPS. Still, its a great, sharp monitor for not much money. Colour caliberation went a long way.

Like many of these cheap screens, it seems to have some degree of backlight bleed, but this is primarily obvious in perfect darkness and I'm planning on experimenting with bias lighting to see if it helps. Would still totally recommend this as a second monitor.

3
I am looking for a pc monitor for someone with visual impairment
4
Secondary monitor for under £150
4
What are my options for bias lighting for a PC monitor?
4
Tablet-like 12" Monitor with HDMI-In for Consoles
3
1440p (WQHD) monitor with an IPS panel
5
32" curved 4K (UHD) IPS monitor
2
Large 8K and 6K resolution monitors or TVs for use as a desktop PC monitor