What would you recommend to choose? I was thinking about Samsung 850 Pro and Crucial MX200 but every suggestion would be appreciated. 250GB seems to be fine for me (I have one another 1TB HDD).

I rarely do video edit. It is mainly about reducing the compile cycle time and work smoothly on multiple files simultaneously.

I've got the 256gb variant of the Samsung 850 Pro and running a few tests would be quite enlightening. Improving compile time may also depend on processor so... it depends on your options. Likewise with IDE & Git performance. That said, I upgraded from an 840 (which I can't find the benchmarks for, its on my laptop at the moment) and it was a significant improvement. Enough yammering.
Science!

BIOS time (boot time) is 15 seconds according to Windows. My system is a bit of a mess and I could probably remove things to speed it up more :)

This is a drive I've been using as a boot drive. Optimised for performance in Samsung Disk Magician, though kept fairly empty, since bulk storage is another drive. 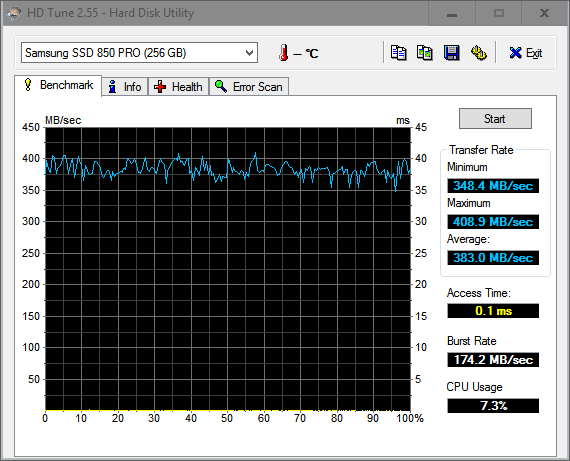 I believe these numbers exceed your requirements.

Crystal Disk Mark Benchmarks with what I believe is the default settings. 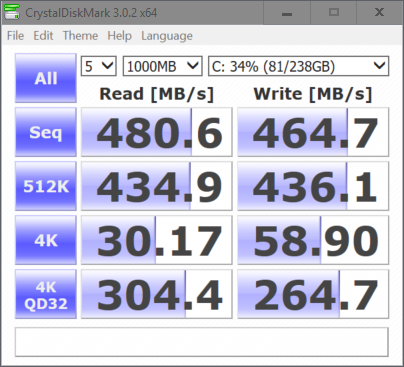 Few other nice things about this? 10 year warranty, and its MLC rather than TLC, which means better endurance and speed.

SDDs are quite conspicuous when it comes to quality and performance. Capacity, read/write times are made very clear so you can buy what you need. Any further optimisation will come down to your OS, and they're usually pretty good. 250 GB is more than I need for programming but if you think you need that then go for it. Depending on the size of the project, read write times are usually less of an issue since your OS will cache it anyway. This prevents constant read writes to your SSD and makes use of faster cache storage eg. RAM. If your project size is larger than the capacity of RAM your OS is dedicating to your project then it can become important. However if you're constantly recompiling entire large projects, you probably don't need to be and should adapt your programming environment.

Generally the performance of brand name SSD's will meet all your criteria and be comparable from an end users perspective, the Samsung 850 EVO has been well received and can be had for £67 currently on Amazon.

Not the answer you're looking for? Browse other questions tagged ssd performance or ask your own question.