I'm looking to upgrade my system from the laptop I'm currently working on to a high-powered PC. I'll be using it for

To that end, I'm looking for a pre-built system (much as I'd like to build my own, I'm far too likely to mess up) with minimum specifications of:

I've been searching, from what I can find, it's nearly impossible to get a pre-built computer for under $800 with a video card with 4GB of VRAM. All of the other specifications are easy to achieve for less.

If it consoles you, the difference between 2GB and 4GB of VRAM in low end cards is negligible to nonexistent. Therefore, the pre-built computer I recommend to you contains a 2GB GT 730. 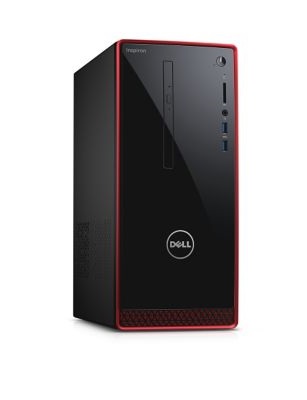 If you were thinking - "oh the high end graphics cards have 4GB of VRAM, so 4GB of VRAM automatically classifies a GPU as good," you were completely and totally wrong. In fact, if you were to custom build a computer, a 2GB GTX 960 would be vastly superior to a 4GB GT 730, and the performance difference between the 4GB GT 730 and the 2GB GT 730 would be practically nonexistent.

In case you still doubt this, here is a link to a 3DMark Firestrike benchmark comparison

Both graphics cards have 2GB VRAM.

Furthermore, clock speed also doesn't dictate performance. Intel has a vastly superior IPC (Instructions per cycle) than AMD, and therefore can provide incredibly higher levels of performance with a 2.7Ghz clock speed than AMD can with 3Ghz or even 4Ghz.

You can see how clock speed, and even amount of cores bow down before IPC in the benchmark above.

Therefore, I think that this will have plenty of power, and I have proved that even if there were a way to make the GPU have more VRAM and the CPU more clock speed, it would not matter.

Hopefully you take these benchmarks and tips into consideration when purchasing.

First of all, I have to say, on this topic, I definitely agree with Adam Wykes who had made a comment earlier that parts in prebuilt computers are not always chosen in the best configuration and that building a computer yourself would get you a better price to performance ratio, to say nothing of you getting the advantage of choosing what parts you would like to save on and which ones you would like to pick a really high-end one of. Besides it might be intimidating at first but it is honestly not that hard to build a PC...

However, I am guessing you heard this enough and your question was very straight forward, you asked for a prebuilt desktop.

Now, I also don't think (solely based on what you said you were going to use the PC for) that you need 4 GB of VRAM but if you do for some specific reason here you go:

Though, I realize the included mouse and keyboard combo makes the device look really cheap, keep in mind that iBUYPOWER PC is a really reputable brand, and even if it was not the parts are only put together by them not made by them.

Now, if you getting 4 GB of VRAM wasn't a necessity for you you could get a computer that still offers a great performance but does not push the limits of tour budget as much like this:

This is one of those rare prebuilt desktops that are actually worth their price and also offer a good configuration of components.

Also, I was surprised that nobody else in the comment section found anything like these, so I would like to apologize in advance if I missed any of your criteria that the above linked computers might not meet. I do not know how international shipping can be arranged with newegg, but I'm sure it can be solved somehow.

Not the answer you're looking for? Browse other questions tagged gaming pc development or ask your own question.

9
Motherboard for the long run, in an otherwise (initially) low-end gaming system
7
Budget laptop for working (programming)
21
Picking VM server hardware for development
6
Laptop GPU by Price-performance
5
New work laptop for firmware development
2
I need a really good computer that I can get built for Blender 3D rendering and gaming