Trackpoint Keyboard that fixes these problems

I'm not sure I'm using the right word, but by trackpoint, I mean the little red ball in the keyboard picture that can be used as a mouse.

But it has some problems:

I really love the trackpoint keyboard and am not considering touchpad keyboards at the moment.

You have almost the same model as yours, but using a bluetooth connection: https://www.amazon.com/ThinkPad-Compact-Bluetooth-Keyboard-TrackPoint/dp/B00C32FWJC

No wires, no connection issues and a trackpoint which is all you asked for.

A bit expensive though...

EDIT After the comments about the non-reliability of the ThinkPad bluetooth keyboard, and since I cannot find any other wireless keyboard with a trackpad, an idea came to my mind: using a standard, wired ThinkPad key board (such as http://amzn.to/2a7ekRo, something that you already have) and link it to a wireless usb hub (http://amzn.to/2atdCRv). Definitely not the prettiest solution but it can free you out from short cable while in front of tv.

Try to get one of the predecessors of the keyboard you have. That would at least solve one of the two issues you mentioned.

I've got three of the X230-style ones (i.e. the direct predecessor of yours, not the very old IBM one which also has a Touchpad) and it's currently my favourite keyboard. I don't like the chiclet/apple style of the new ones.

But then again, they're not wireless either. (But I do prefer wired keyboards anyways, so that's no issue for me.)

The only other issue I have with these keyboards: The labels on often used keys wear off after a while (i.e. years of daily usage).

But otherwise I'm very happy with them — which is also the reason why I own three of them. :-)

Pretty much only lenovo seems to make keyboards with trackpoints.

I've been using one with a small trackball and it works pretty well. This specific one is made by IOGear. its not quite as awesome as a trackpoint but I find its very usable. 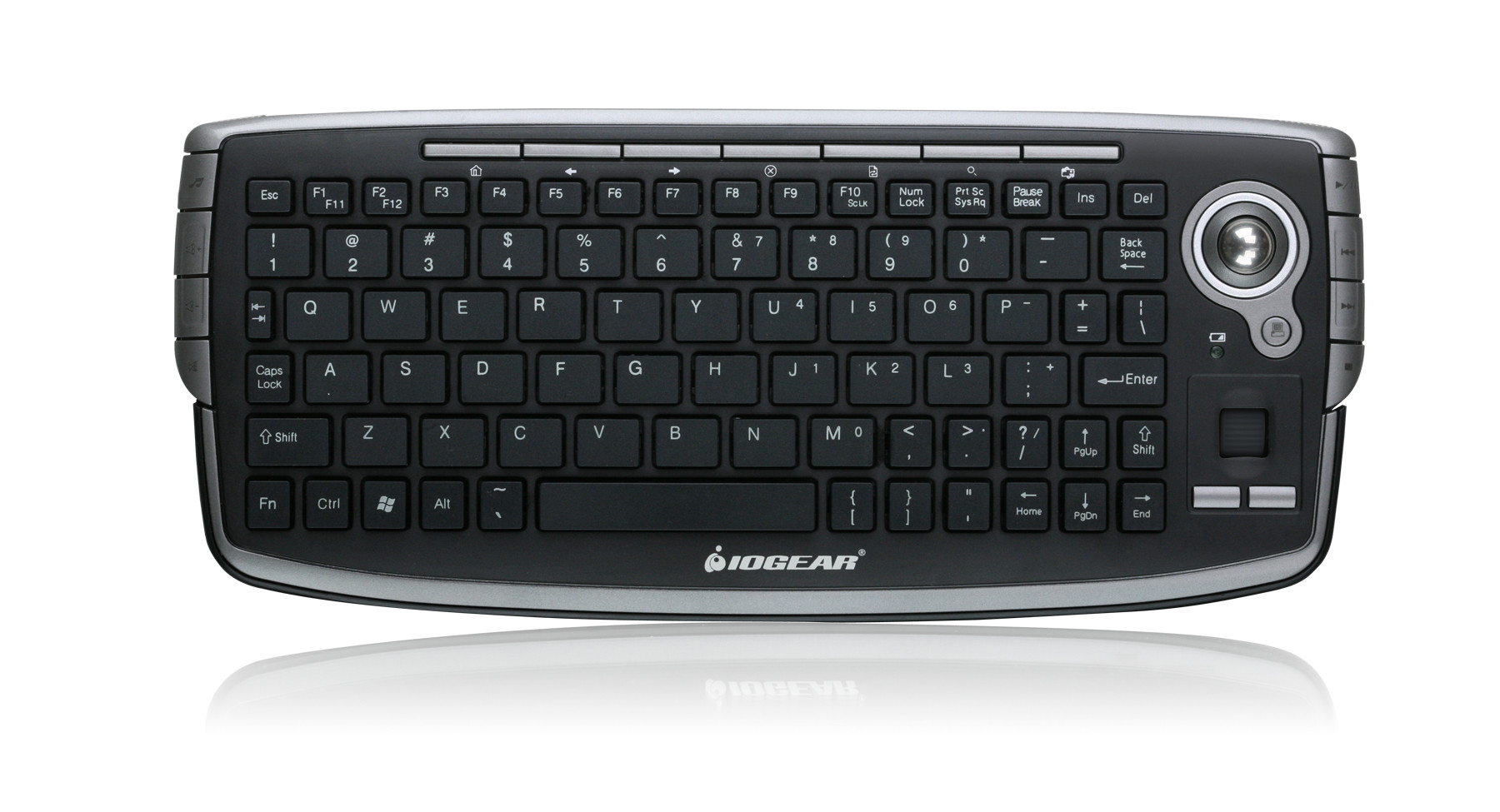 The keyboard has excellent travel and the keys are far enough to be usable even with big hands.

Its 2.4ghz wireless and has its own proprietary dongle . Its battery powered (Pair of AAA batteries) so no USB cables.

Has multimedia keys (if you need them) and the option of those little mouse buttons or a pair of "shoulder" buttons.

64
Keyboard for programmers?
7
Cheap keyboard with programmable keys and backlit keys
5
A true wireless alternative for the Logitech K740 keyboard
4
Searching for small, wired keyboard
0
Laptop-sized Keyboard with Bluetooth, Wireless, & Wired
2
Wired USB connected foldable keyboard with mouse?
3
Keyboard with extra thumb keys (below or near the spacebar)
2
Robust keyboard for using on the couch?