I am looking for an Android tablet which can easily run multiple weeks or even months while being hooked up to a power source.

I want to use the tablet for automatically taking screenshots of websites, taking from a queue which is being filled constantly.

The (no-name) tablets I am using currently get really hot very fast and seem to slow down as a result, so the Android phone (Samsung S3 Neo) are taking three times as many screenshots per hour than the tablets.

This does not answer your Question directly, but provides another approch:
I would keep the current device and go with a solution wich cuts the 24/7 charge to some hours per day. This stops the overheating and you do not need to buy a new tablet.
To do this I would buy a time switch, which is a device that switches a socket on and off based on the times you set on the device. This way you can keep all devices plugged in and the device disables the power source without further do.
To have this work perfectly you have to find a time span which holds your charge at your desired level across all devices, as an example 3 hours loading, 3 hours on battery should keep your devices over critical battery levels. However if the power consume across all devices is to far part you should consider using a second time switch for this device/s.
I would group the devices based on battery capacity and charging speed and aim to keep the battery level between 20-80%. Also note that the Li-Ion battery does not charge in a linear way and significantly charges slower from about 80% charge level.

I have a first generation Asus Transformer (TF101) that I leave plugged in constantly. It is used as a digital picture frame and wall mounted home automation control panel.

It is a bit aged at this point, but it does run Chrome (versus the default browser from a few years ago). My assumption is that Chrome will work for you, as I have very few problems with Chrome on the large variety of sites I utilize. Prior to it becoming a permanent fixture to my wall, it was used to watch flash videos (yes, it can handle flash) in addition to other web surfing duties. 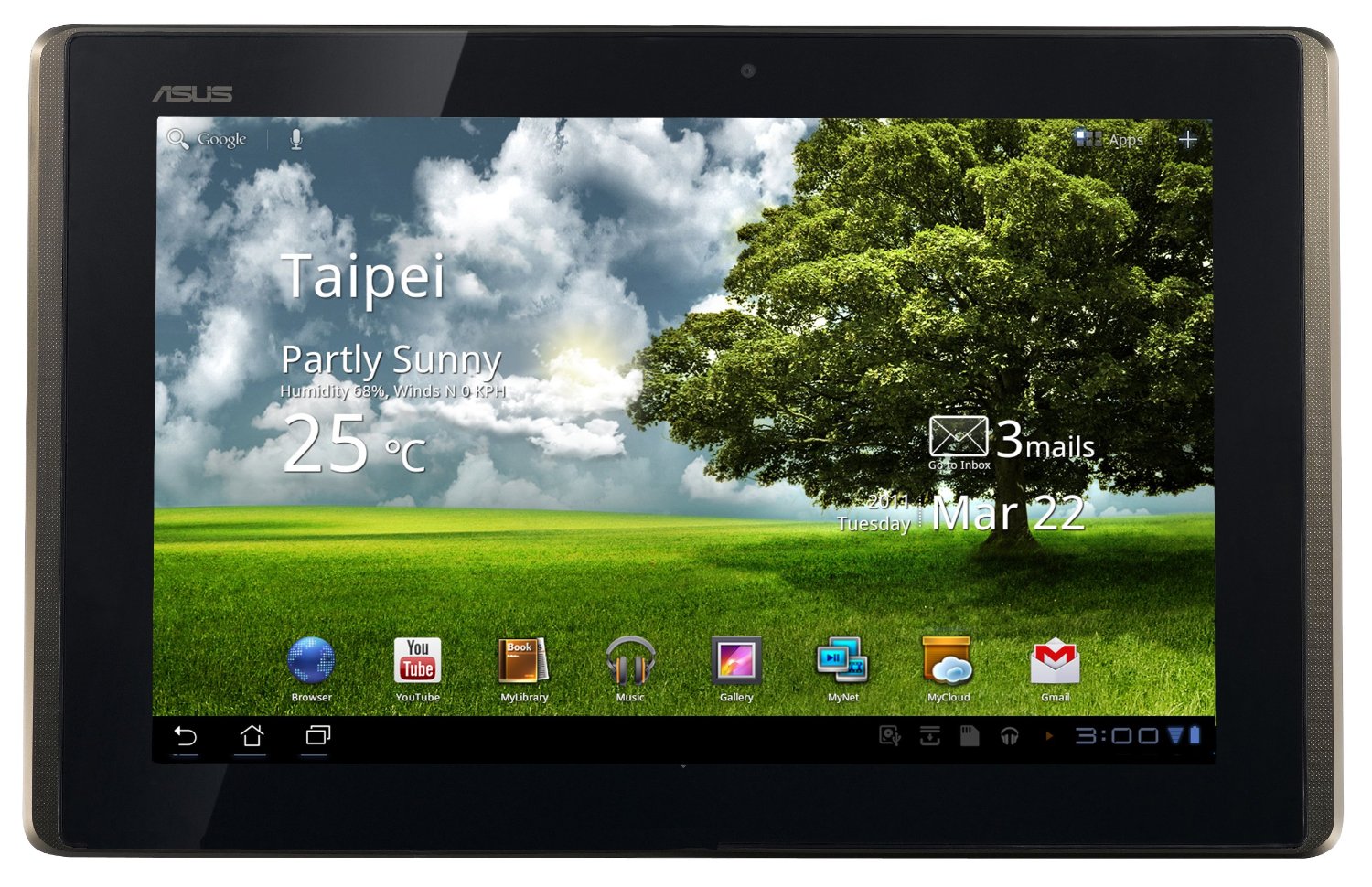 There are several newer generations, but I do not know the differences between them and this first generation one.

I have had no problems with heat with this tablet.

My one complaint has been that the speakers are very poor. Even at full volume, it can be hard to hear when the tablet is sitting on a coffee table 4 feet from you.

The tablet can be upgraded from Honeycomb (3.1) to Ice Cream (4.x) for sure. I have a version of CyanogenMod installed.

A new tablet (versus my previous answer) is the Samsung Galaxy Tab. This is several years newer than the Transformer and faster. It is also thinner.

When my Transformer became a wall fixture, this was the replacement I purchased. The Amazon review says that it comes with Honeycomb (3.0), but I assume that is outdated because mine arrived with Lollipop (5.0). 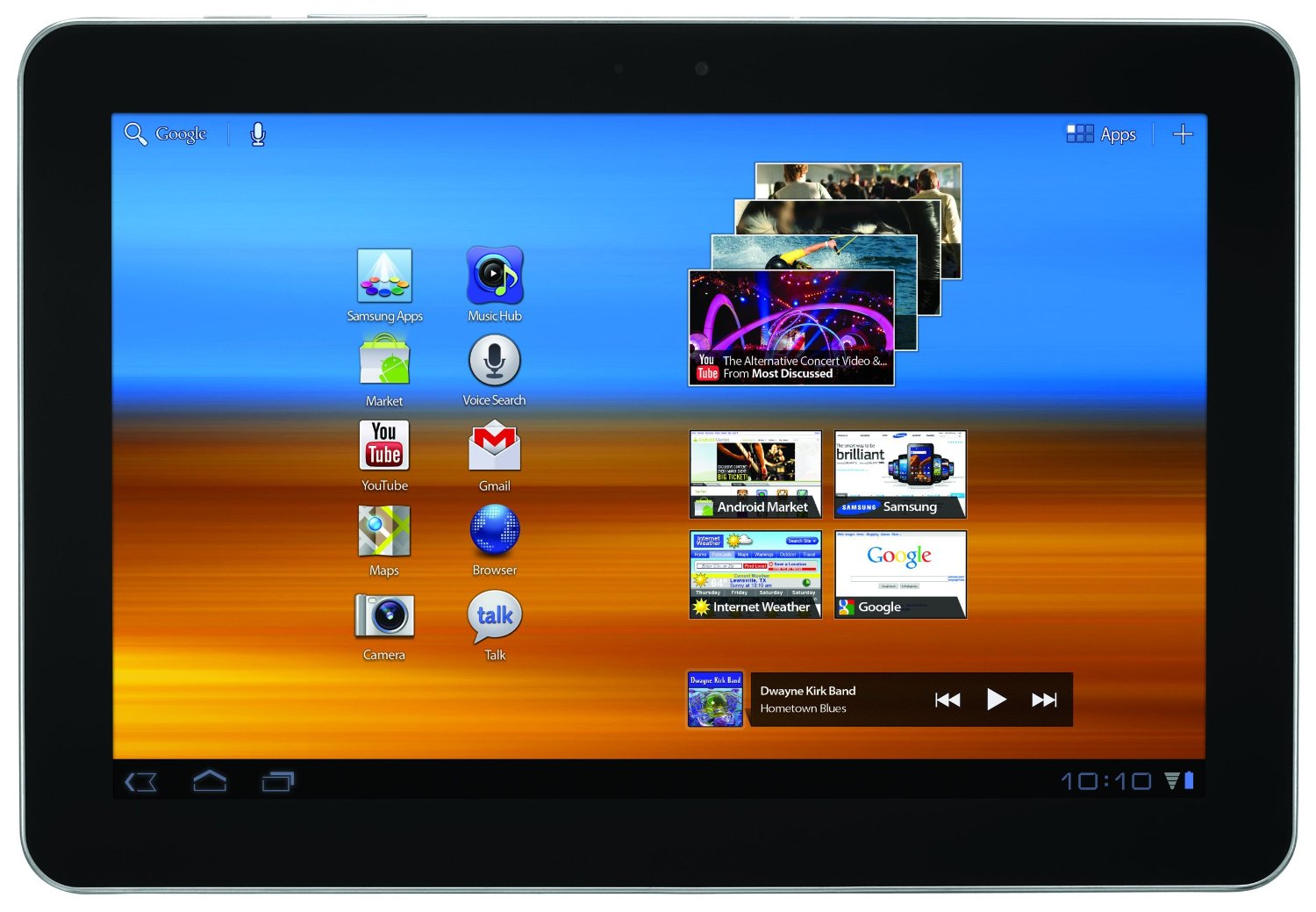 I don't keep this one on constantly, but I do use it for multiple hours at a time watching Netflix, Youtube or other video streams. The battery is great. When I have it plugged in while watching these videos, there is no excessive heat. As a bonus, the sound is a lot better than the Transformer too.

An alternative option, if you are willing to use something other than an android tablet, would be to use a Raspberry Pi.

The Pi can also run Android, so you can use the software you already wrote, but can also run Linux. It can also run "headless", i.e with no display connected, and can still do graphics processing. It's something I'd definitely look at.

What does exactly "taking screenshots" mean?

1) You are using the tablet's camera while looking at the monitor, or

2) capturing the tablet's screen (so that the page is rendered on the tablet itself?).

In the first case, you could be better off with different kind of hardware (e.g. raspberry Pi with PiCamera which you can program at will). In the second case, you might open the tablet and put a heatsink on (again, Raspberry Pi heatsinks with self adhesive thermmally conductive tape would probably fit a tablet's SoC nicely).

Otherwise, I think that having the consumer-grade tablet plugged in 24/7 is very hard on the tablet. As alternative, you could use professional-grade Android hardware, which is used for electronic cash registers, such as:

(don't know about the specs of those, but I assume they are built do be plugged 24/7, I could be mistaken)

Not the answer you're looking for? Browse other questions tagged android tablet or ask your own question.

5
Android 10.1" tablet that supports Android 5.1 (or Cyanogenmod 12.1) or higher
9
Android Phone with Long Battery Life under Heavy Data Usage
12
Android tablet to be used for single dedicated purpose
0
Linux or Android tablet with long battery life and cheap
0
Android tablet for preschool kid, mostly for offline use, with some specific exceptions