I'd like to have a simple LED light that I can control from my computer (2012 MacBook Pro). I've heard of Kickstarter projects like blink(1), but I don't want to have it stuck right up against my computer. If anyone has experience with these, I'd love to here it.

Ideally, I'd like to have three or four of these that are individually controllable so that I could make a 'flowchart'-type thing for deployments. For example, a simple Capistrano Rails deployment:

I would write the code to make all this happen, of course. I just need the hardware.

I have a BlinkStick Square. They have a large variety of products (including an enclosure for my Square that I just noticed). 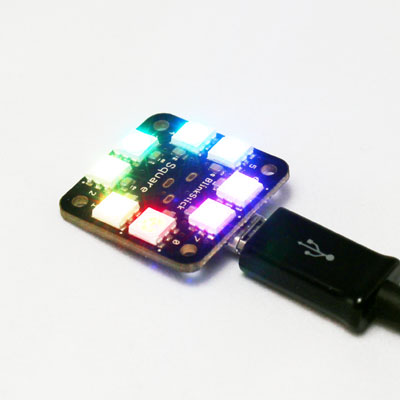 The Square has 8 LEDs and each are addressable individually. The Square comes pre-assembled. There are other products that provide you with the parts so that you can build it.

The API supports a number of languages (including Python and Ruby). You can also control it remotely by connecting to the BlinkStick web service.

1
UL certified, DMX compatible programmable LED controller
3
Which LED strips should I buy for a music sync project?
0
I need 24 inch monitor LED with the following specs
1
What is the difference between an LED and a lamp?