I'm looking for a graphics card for Linux gaming. I don't need flagship performance, but still high end. I want to play, for example, some of the top titles on Steam, and perhaps use the same card in Windows with an Oculus Rift kit (which requires nVidia GTX 970 or AMD 290). I want to strike a balance between price, performance, and the following must-have requirements:

Nice to have: at least decent performance and good stability with Open Source drivers.

(Related, but not the same: this question asks for graphics card recommendations for non-gaming purposes, using Open Source drivers.)

My budget is around 400€ or less, but I'm definitely willing to explore something a bit more expensive if there's a good reason. At the same time, I obviously don't want to spend all of that if I can get nearly the same performance for a proportionately smaller sum.

See the following articles from Phoronix: 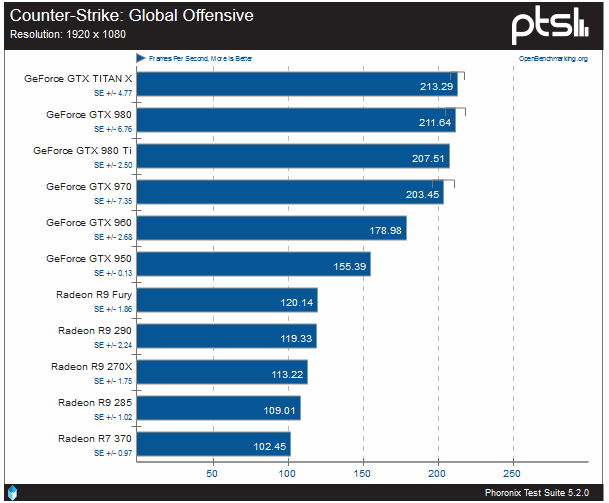 In fact there are a dozen more articles comparing video cards on Phoronix, and you can use that to decide how much you want to spend for how much performance.

In conclusion I recommend the Geforce GTX 970 because it offers the best price for the performance levels. The faster cards are $100+ more and in the best case you get 10 fps more. You wanted the 970 anyway for the Oculus Rift. Currently the 970 is about $320-$350 on newegg.

Not the answer you're looking for? Browse other questions tagged graphics-cards linux or ask your own question.