I'm looking for a low-profile PCI-Express video card that will support 1080p on at least 2 monitors simultaneously. That's easy to find, but I'm also wanting one that has the versatility of having all 4 of these ports:

It is easy to find inexpensive video cards that can do dual monitors at 1080p via all 3 of these ports: HDMI, DVI, and VGA. However, I can't find one that can do "all of those ports plus Display Port".

This is for a fleet of work computers. I just want to make sure that each one these computers has the flexibility to connect to what ever monitors are available at any given time I try to set them up (without using external adapters).

I need low profile because the video card will be installed in these bottom two slots (which are smaller than a full size PC slots): 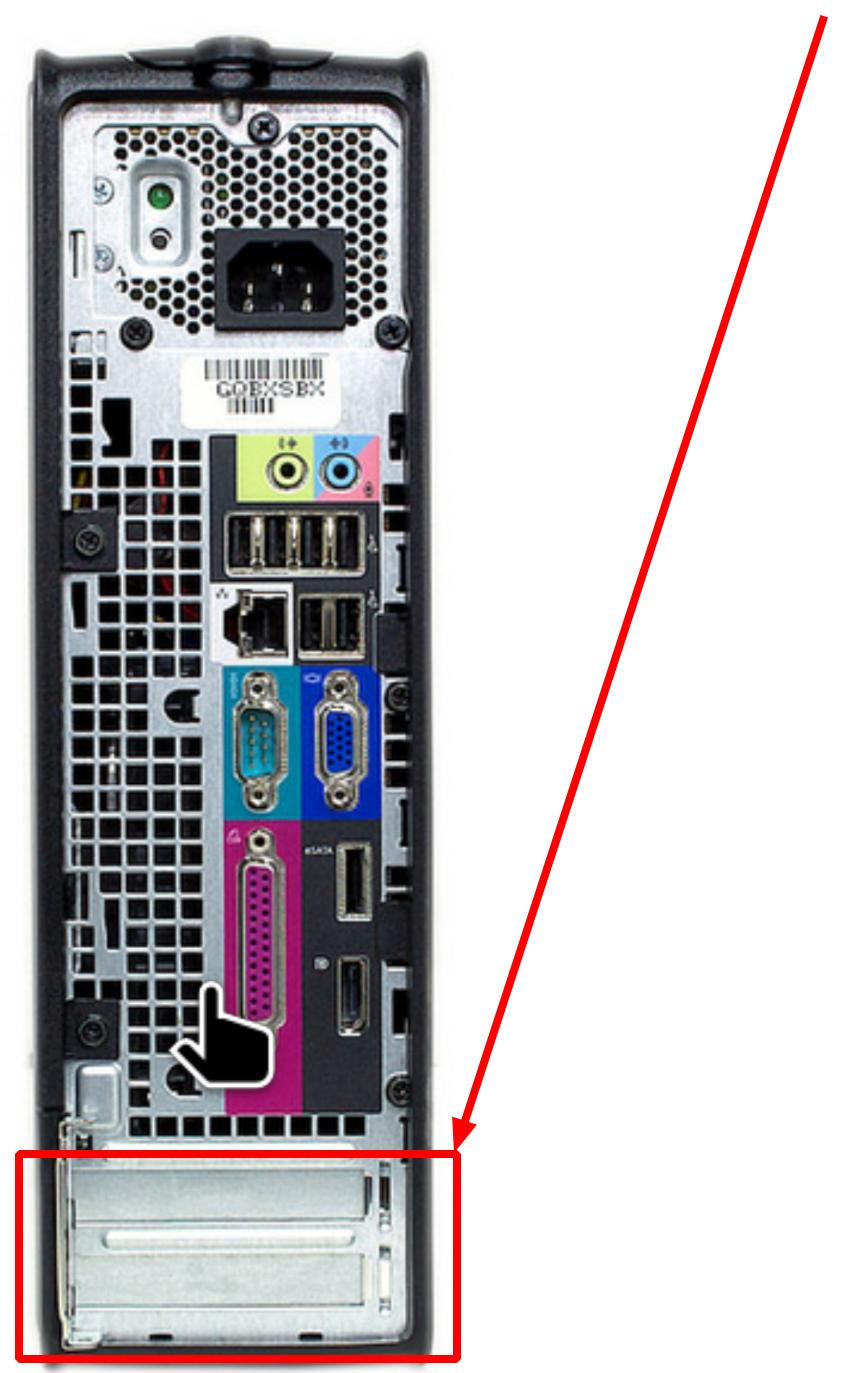 pcie multiple-monitors video-adapters
Share
Improve this question
asked May 12, 2020 at 14:51

The Gigabyte GV-N105TOC-4GL is only 37mm tall, it is specified as Low Profile, and includes

You could add an HDMI-VGA adapter for the VGA when needed, or perhaps you could use the motherboard video port of that Dell Optiplex 780 for VGA monitors in parallel with the add-in card; Gigabyte could advise, and their US number is +1-626-854-9338.

First of all, VGA is analog and the rest are digital. This limits somewhat your options because, in case of NVIDIA graphics cards, the 900 series was the last one to support analog video through DVI-I. According to this reply, there are some old AMD cards that also support it and you also might be able to convert between Display Port and VGA.

In other words, it is fairly easy to convert between digital connectors (DVI, HDMI) using a passive adapter. However, you need an active adapter to convert the signal between analog and digital, which are usually quite expensive.

As a result, this is an example of a card that might suit you:

On the bottom, it has (from left to right):

Apart from that, it looks like a low profile card (although "low profile" are usually considered the cards that occupy one slot and don't require external power), but I am not sure if it fits your case. You might want to take some measurements to be safe.

You might also have price and availability issues, as these card are a coupe generations old and you would probably only find them used. Since they are for a fleet of work computers as you say, the card than I linked above would probably be considered overkill.

Not the answer you're looking for? Browse other questions tagged pcie multiple-monitors video-adapters or ask your own question.

15
Graphics card that can support three monitors
12
Mini PC (like Gigabyte BRIX) with more than 2 graphic ports
5
USB Type-C adapters?
8
Very Specific (Non-Gaming) Quad Monitor Setup Recommendations
3
DVI to DisplayPort, at 1080p@144hz
2
How can i use my dual monitor setup with my Home Desktop and also my work Laptop
0
Connecting three monitors with digital cables
2
Combining identical monitors to form one large display
0
Add a third monitor to Asus K513E