I've never planned to upgrade my CPU. However, most of the components in my PC have been upgraded, and the CPU is now the performance bottleneck. It doesn't flinch except for gaming where it is maxed out, while the GPU still have quite a way to go before being maxed out.

So for around 10$ net, I could switch from 2.4 GHz to 3 GHz. This is quite cheap to upgrade, but I'm clueless as to how much better it would be. Also, there might be some other potential compatible models that I'm unaware of because I don't know what I should look at to know if a CPU is compatible or not with the Pegatron-made Benicia 1.01. I'm guessing CPUs released today don't fit anymore.

According to pc-specs, the CPU socket for the Pegatron Benicia 1.01 is BGA 1023. Does that means that any CPU with this socket is compatible?

Is there even suitable upgrade candidate?
If so, what compatible CPU would be a significant upgrade?
If there are, what should I look at to know if they are compatible or not?
I would have used a compatibility sites to find out, but all of those I've tried aren't even aware of the motherboard because it is so old.... Those who did recommended some crazy up to date CPU which instantly made me suspicious of their credibility...

I know there is quite a lot a questions here, but hopefully these questions will help understand the needs.

The Benicia motherboard supports many processors. Per HP documentation it should support this list of CPU: 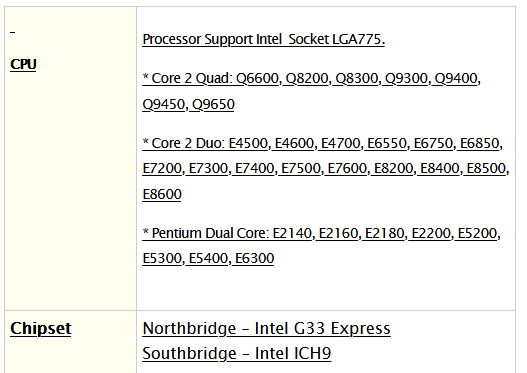 The absolute best CPU available on this platform is the Q9650. As for speed gains, it gives a difference of about 50% faster at best. Q9650 vs Q6600 comparison Anything else than a Q**** series processor is a downgrade for you.

Now: is it worth it? 50% isn't really a big boost in speed, and if you will still have the processor as a bottleneck. To give a comparison, the cheapest Ryzen 5 setup will be at least 100-200% faster depending on the application. Ryzen 5 vs Q6600

Of course, changing platform will force you to change your RAM, motherboard, and CPU. As well as maybe your power supply. The price for that is way above the price for a single Q9650. I suggest you get a Q9650 for now anyways and save money for a new build eventually.

Not the answer you're looking for? Browse other questions tagged processor gaming pc upgrade or ask your own question.