One wired computer on a room far from the wireless router

I have a desktop computer on my home office room that is far from the internet router. This computer has a network cable to the router so it has internet connection. But when I'm on this room, my SmartPhone and my other laptop computer can't use the WiFi from this router (because it's out of range).

I would like a recommendation of a (dual band) Wireless Access Point that I can plug the internet cable in, but also has another cable output for my desktop PC. Most of the Access points I find has only one Ethernet port, and the ones that has two, one is labelled "WAN" and the other "LAN", which makes me a bit confused.

I also would like my desktop computer to be on the same IP range of the other devices, I don't want to make another network inside my network, as I have a printer and NAS drive on the network. I have tried to use another router on this wired connection, but it makes another network for my devices inside my room, also the network name is different so SmartPhone takes some time to switch from one network to another when I'm walking between both networks.

Does such product exists?

Please, recommend me a Wireless AP or Router that: 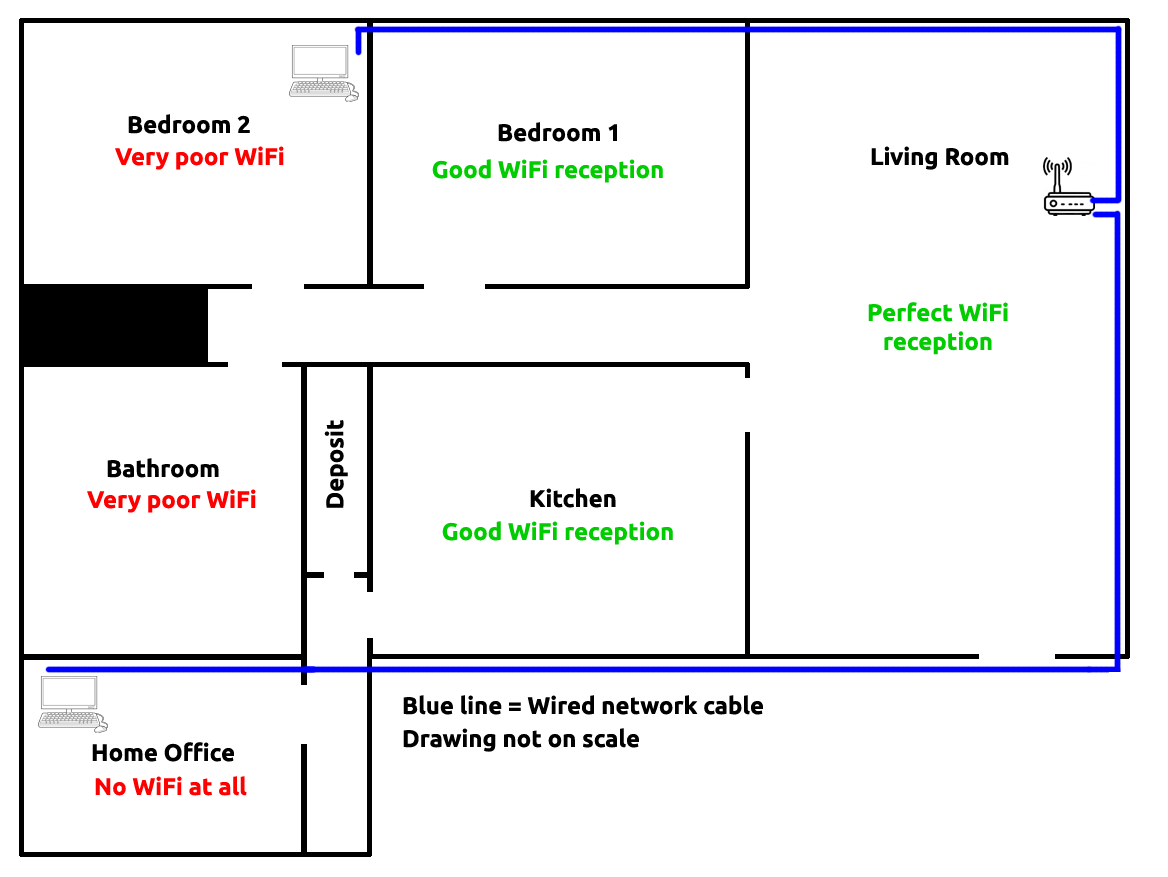 This Access Point has what you are looking for and should work.

You can use any old access point if you purchase a separate switch. I recommend specifying that it is Gigabit and has the full bandwidth for all ports like this one. Then plug the connection to your router, the PC, and the access point all into the switch in your bedroom.

I recommend this route because you can keep the switch for many years to come as you replace your router and AP with newer models.

Typically using the WAN port on your router will cause it to act as a Router, Switch, Access Point, NAT, and Firewall. However, you can disable these features and have it act as just an Access Point and Switch. You will need to look through the settings on your router and configure it to do so.