Any A/B switch to use a Dell docking station in two computers? Or any other solution?

I have a Dell D6000 docking station that provide me access to all my devices, including power to my laptop, I want to have the ability to switch the docking station to a second laptop without the need to unplug and plug-in the USB-C cable. 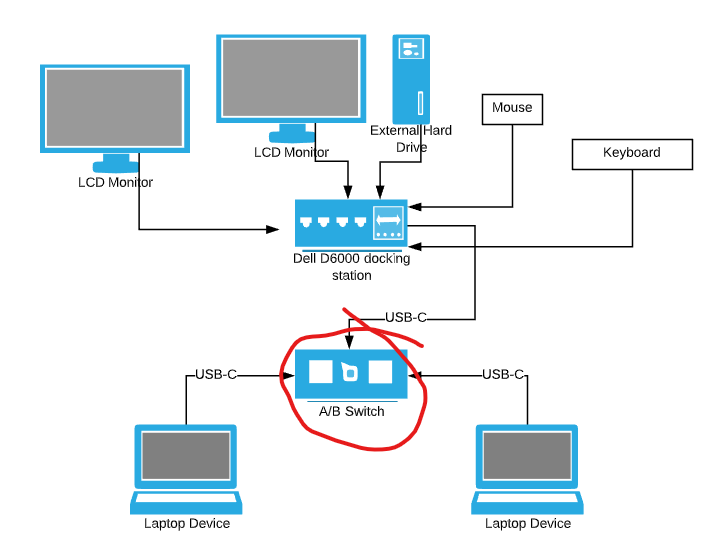 I don't have a direct answer for you, but may have a useful alternative.

I have worked with many computers of various flavors and long ago gave up the idea of switches for the various displays and keyboards and whatnot. Just too much of a pain. Instead I use exported displays (X windows for unix/linux, RDP for Windows). That way I can sit at exactly one monitor and see any or all of the machines with one keyboard and pointer. To avoid confusion I tend to put each machine on a different desktop, but that's just my preference. Using exactly one set of HID's makes the "feel" of each computer the same. An added advantage is that it is possible to cut-and-paste between computers, something I use more than I expected to.

Not the answer you're looking for? Browse other questions tagged usb switch splitters or ask your own question.

7
Docking station with new Interfaces?
4
USB power meter
2
Is there a USB 3.0 male (power +data) toY-Split USB male (data only) and usb male (power only) cable?
0
Programmatically moving a USB port between devices
2
Hub with USB-A uplink and USB-C ports
0
Where can I buy a multi input splitter box for two computers?