This is a common satellite TV dish for home use. 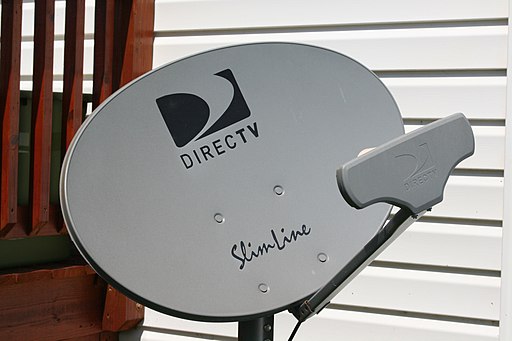 This is a device designed to be mounted on used satellite dishes such as this one.
MikroTik LDF 5 ac (product page)

It seems that the idea is that you get two such satellite dishes, one of these devices to each one, and point the dishes straight at one another, thus establishing a long distance wifi link, recycling/reusing old equipment, and saving money all at the same time.

I'm totally for it! I want to buy two of these. The price sounds reasonable to me, and I already have two old satellite dishes. However...

The company has been accused of violating the software license (GPL) that governs the software inside their devices (it's called RouterOS and it's a custom Linux distribution).

I would rather give my business to a company that appreciates that their own business operation was made possible by the work of thousands of volunteers over many years. If no such hardware company is available, then I'll want to do some price and feature comparison shopping.

So, what similar products exist?

Browse other questions tagged wifi wireless access-point or ask your own question.

3
PCIe WWAN adapters known to work with Linux out of the box
2
Suggestion for a cheap device that can be plugged into the LAN end of a pfSense Router and allow wireless devices to connect?
2
Small, cheap processor with serial port and internet access
2
A single modem/wireless router that can create/share three Wi-Fi networks, each of which are to separate connections?