Is there a home router to block gaming sites for 2 hours a day on weekdays only?

I want to be able to schedule a 2 hour slot each weekday where I can block my kids from gaming sites on the home wifi router. As well as this I also want to block adult content all the time (which I'm currently able to do). I can't seem to find any router that will do this. Is it possible? I know there are routers that can do it based on blocking domain names but I want to block all gaming sites ideally, so I was hoping to use a filtering category similar to what SafeDNS uses.

I think using SafeDNS is the closest method I've found, but it doesn't sound very reliable in terms of the start and end times for the blocking as it depends on the device refreshing it's DNS cache.

This question is a bit old - and maybe you already found a solution - but still for the sake of others I will post my answer here .

I can not verdict anything specific regarding hardware ( a single specific router ) but I can help with a firmware - DDWRT have some functions that can help with that, not all are DNS based, but for example protocol or service based.

Thus, any router that supports the installation of DDWRT might be a good choice for this task.

small remark, in the sphere of alternative power router systems / firmwares you also have tomato and open-wrt - and some others - but I never used those and I am mentioning it here only for reference whereas I have used DDWRT for more than 10 years for various tasks including the some very similar to the ones you describe.

I am also including a reference screenshot of some example settings that allow to block game-specific protocols - but there are many more and a power user who can also code a bit can be virtually limitless in options. 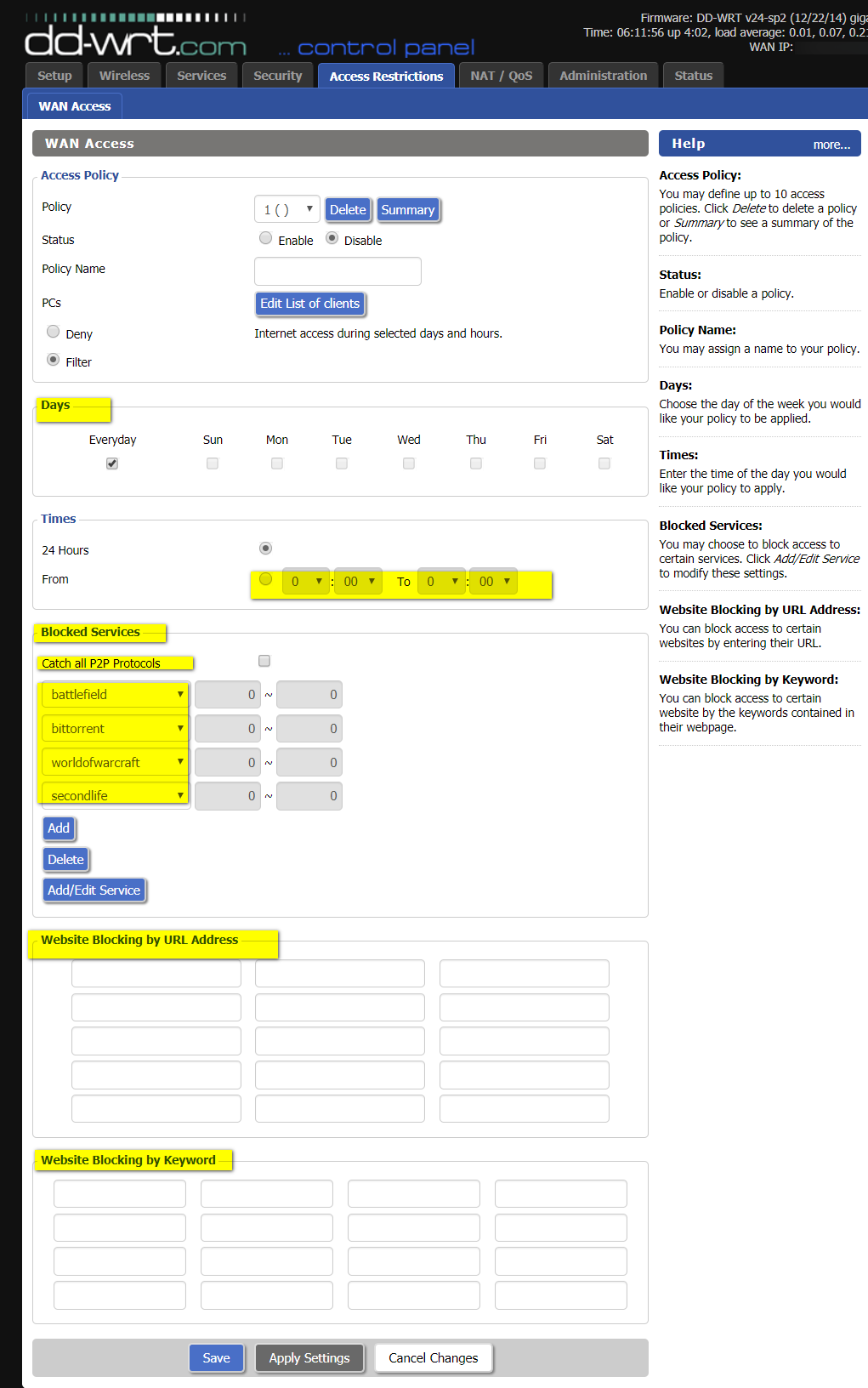 In this specific example you can filter by MAC address, by IP or by IP range and you can choose from a huge list of protocols / services for filtering

Now, since it is after all a hardware Recommendations site - I can tell you that I am using Netgear R6300V2 at home ( low cost ) Asus RT-AC88U Dual-Band ( high-end high price ) at office and Netgear Nighthawk X4S (R7800) ( middle range pricewise) at another location - all of which works great.. I basically did not used any router with the built-in firmware for over 10 years. the first thing I do when I get them is flash DDWRT on.

There are a LOT of lists regarding what is the best router for DD-WRT ( or tomato etc ) and you can easily find them on google by typing "best ddwrt routers" or any search engine of your choice for that matter - but for the sake of the answer I will include two - one from FORBES ( wow - forbes is doing ddwrt ? it has used to be a very niche product ) and one from PCMAG.

It is also worth mentioning that some manufacturers offer a DDWRT built-in from the box because it is really more powerful ( and awesome ) than their own firmwares for users who are less techno-phobics. DuckDUckgo is your best friend here ( or google if you so choose )

I hope this answer will give you another perspective / direction for your need.