is there any headset with 2 microphones (one at each ear)?

I am looking for a headset that at each earphone also have one microphone on it.

Goal is to not only listen in stereo but also record in stereo based on the very ear natural position.

It is to use with a smartphone (preferably android).

(I am having trouble to ask about that on google...)

thx on all tips and info, here some more details to narrow it more:

So recording in stereo can be from a single spot/origin place, could so be the actual one (in the headset near the stop/cont and volume controls). https://hardwarerecs.stackexchange.com/a/11541/7618

I need to record each channel individually to further equalize each based on each ear's necessity (like what is done by "adapt sound" android's feature), and noise filtering could be thru software also.

This is not how audio recording works. The position of your ears is irrelevant for a recording device, because there are better, more compact ways to record stereo sound.

Here's how a stereo microphone capsule for a professional recorder looks like: 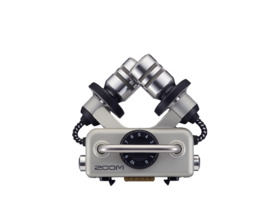 Those things at the very top are two microphones which are positioned very closely together, but, thanks to their orientation, give a perfect stereo sound which could closely match what you would hear. The thing which allows you to guess how the sound will be reordered is called a polar pattern; different types of microphones are optimized for different patterns: 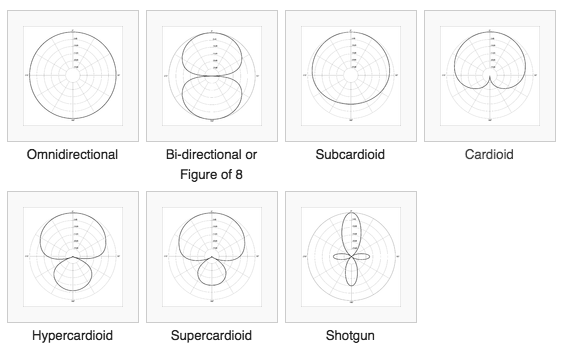 For instance, there are microphones which would record everything around them (corresponds to omnidirectional pattern below), as there are microphones which would attempt to narrow on the sound coming from a precise direction (corresponds to shotgun pattern; those are for instance most of the microphones you see at TV news crew: their goal is to record a voice of a person being interviewed, while reducing as much as possible the ambient noise, such as the voices from the crowd).

Back to stereo recording, there are microphones for smartphones as well. Rode, for instance, has a model for iPhones. Same for Zoom with its iQ6.

There are a bunch of other ones from other companies, relatively easy to find on Google, but all seem to be for iOS only. When it comes to Android, the only thing I've found is an article from 2016 about a Kickstarter project for a stereo microphone.

Another option would be to buy a stereo microphone not specifically designed to work with smartphones, such as Rode's VideoMic pro. I'm not sure, however, what would be the audio quality, since smartphones are not really for that.

At the same time, if you need good quality, you have to invest in a recorder. Some good ones could be found for less than $300.

Regarding the hardware, all, or almost, noise cancelling headphones are equipped with one mic in each ear.

However, I do not think they can be hacked in order to reach your goal.

Not the answer you're looking for? Browse other questions tagged headset or ask your own question.

5
Is there a headset made thats completely wireless during gameplay (including XBL chat) for the Xbox One?
2
Headset with Bluetooth and Wired
1
Bluetooth Headset that works well with Windows
1
Headset (for XBox gaming) with adjustable sidetone
2
ANC Headset with good Microphone for Ubuntu