Current setup, kind of outdated - was built in 2009, except graphics card and a chassis:

I want to keep chassis and gfx card for a new setup.

Looking for a motherboard recommendation which will handle Intel i5 4690K CPU and will allows me to keep that new setup for another next 4-5 years at least (upgrade CPU, upgrade gfx card, etc), ability to OC.

I have read that anything on Z97 will be fine but there are too many options to go for and I have no clue which one will have longer life span (BIOS updates, better support etc)

After some research I have found those motherboards interesting:

Now I will review each of them in a depth and will pick that one which will fits the most.

I will make the case that the ASRock Z97 Extreme6 motherboard is the best choice because of its feature set and price.

The first thing to note about all boards under consideration is that they are absolutely top-notch. These boards represented the best each respective company could put together when socket 1150 was the leading socket for Intel. In terms of durability, reliability, and manufacturer support, these rank ahead of any other OEM motherboard for this socket in the desktop space. This leaves only price and feature set to differentiate them.

Another poster has recommended the Asus Maximus Ranger vii motherboard. This was a very popular choice in its heyday because it had a good marketing campaign, Asus enjoys good brand rep, and because it was priced intelligently above many of its competitors, giving it the aura of an elite product SKU (which it certainly is). However, I think that for precisely these reasons, it is now certainly not the right choice for you. This board is not in much supply right now, so unless you want to buy used, it will be difficult to procure at a reasonable cost. My recommendation, the ASRock Z97 Extreme6, is still available on Newegg at a very competitive price.

Though price seems to favor AsRock's board, this means nothing if AsRock doesn't bring compelling features to the table. Fortunately, AsRock does. Let's compare (please excuse the crappy pic): 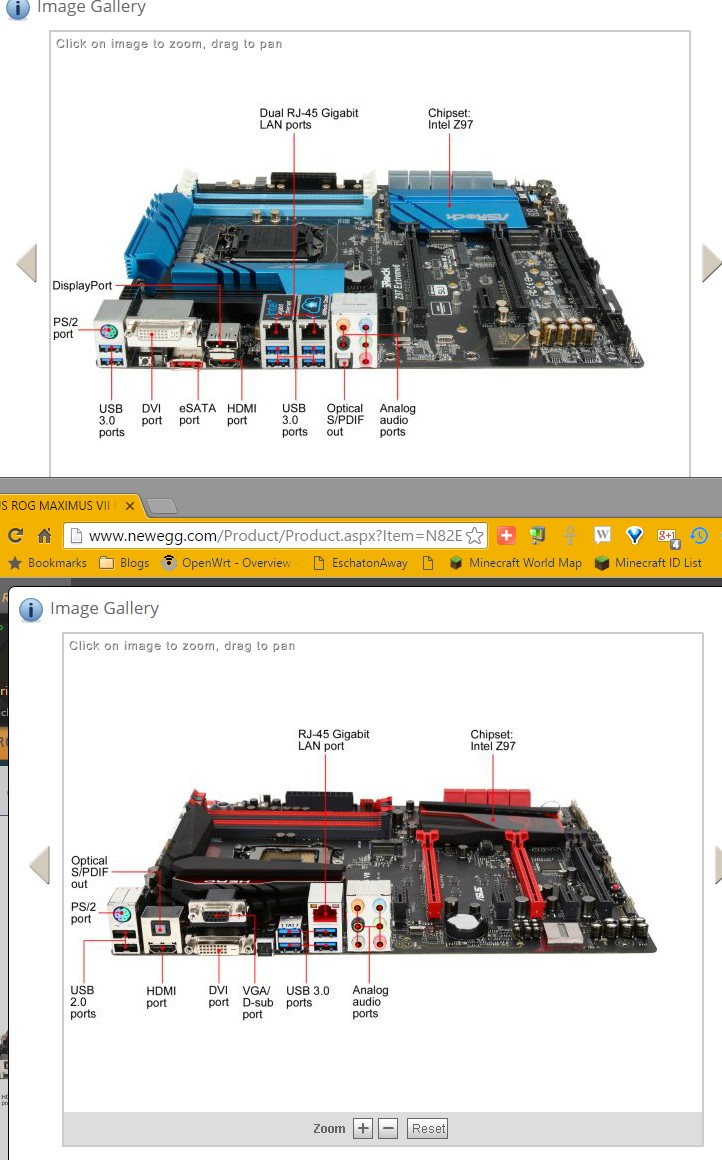 In almost all of the most important ways, these two boards are identical. They enjoy the same chipset, the same RAM slots, the same cooling schema, and a similar audio chipset. The important advantages of the Extreme6 are as follows:

All in all, I think the features you get with the AsRock board outweigh the Maximus' brand name even at the same price, given that both these boards are well made. The added versatility is something that will make this board a workhorse for you or whoever else owns it long past the days when it can serve as a gaming rig's basis.

I am currently using the Asus Maximus Ranger vii motherboard. 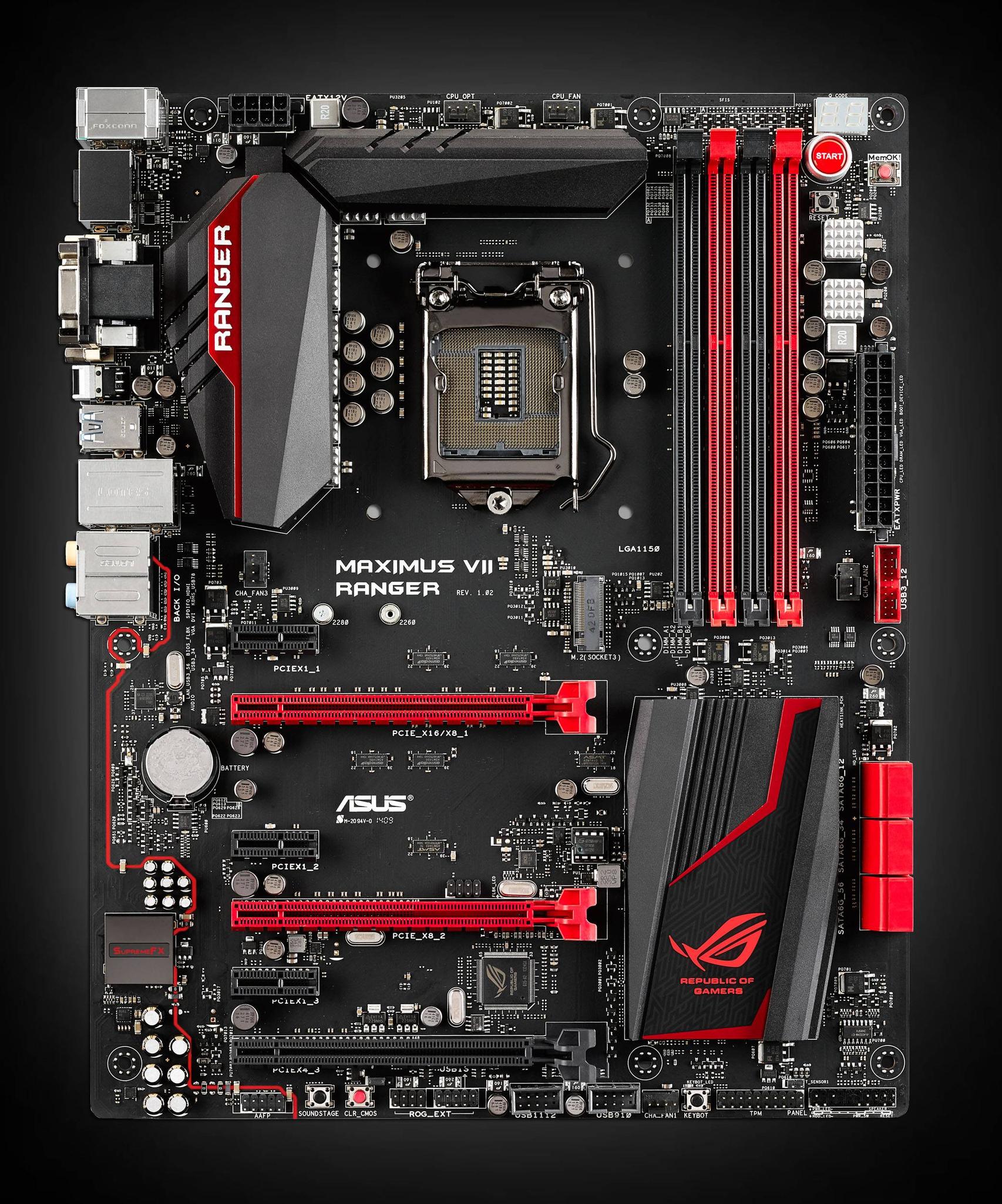 It is great for the price and has alot of overclocking features which are very easy to use. I am also running this with the Intel i5 4690K, as @Niklas Holm mentions there will be a very low chance of another LGA 1150 CPU being released.

However, some investigation has been carried out on the performance differences between the Haswell CPUs and Skylake, and they show minimal increase in performance. So I definately think that for the next 3 years at least this set up will do you fine.

This Mobo is priced at around $150-$200, usually towards the upper end.(Being replaced by Ranger viii for Z170 so prices will drop)

Another choice is the [Asus Z97 - PRO Gamer][3] which is another solid choice, however with less overclocking features. This is priced at $150 on amazon.

Not the answer you're looking for? Browse other questions tagged gaming motherboard or ask your own question.